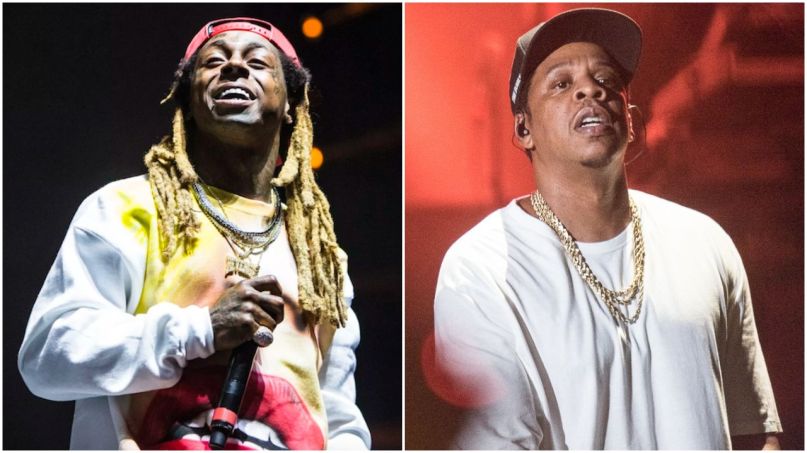 Lil Wayne and JAY-Z weren’t always friendly. For years, the pair traded diss tracks. That eventually changed, however, and the rap luminaries now consider themselves friends as well as peers. In fact Wayne took a moment during his Sunday night show in Chicago to thank Hova for his generosity.

Wayne is likely referring to the $7.72 million in back taxes the rapper owed years ago. He paid it back in 2012, and as we now know it was apparently with the help of the Jigga Man.

Wayne also took a moment in Chicago to shout out producer Swizz Beats. “There’s people like Swizz Beatz that’s gonna send me every beat he make and want me to rap on every single one until I got my situation straight,” Wayne said.

See the footage below.

Wayne’s doing solid these days. He finally released the long-awaited Tha Carter V after it languished in the wilderness for seven years. He also recently teamed up with Nicki Minaj for a new remix of “Good Form”, contributed to Future and Juice WRLD’s joint album, and popped up on the soundtrack for Creed II. His Tha Carter V track “Mona Lisa” featuring Kendrick Lamar was named one of our favorite songs of the year.