The song was previously featured in the closing credits of M.I.A. doc MATANGI / MAYA / M.I.A. 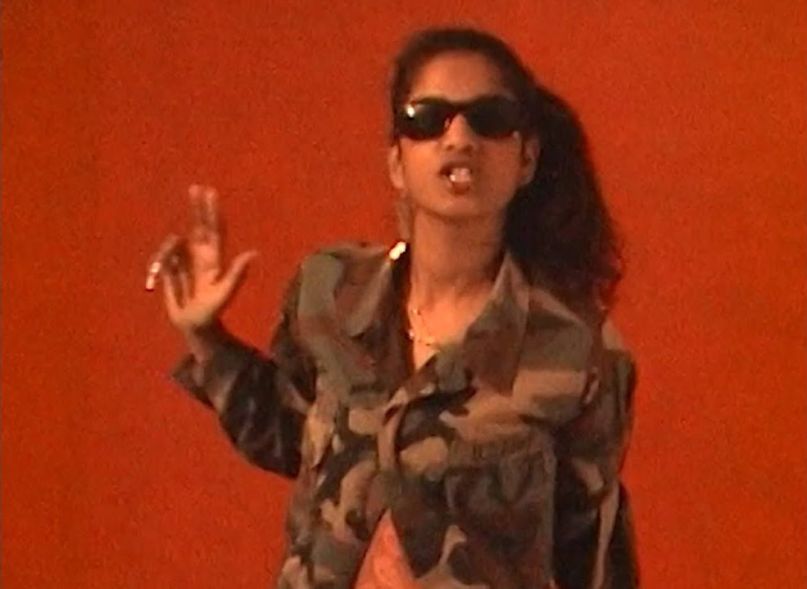 Hot off the heels of the VOD release of her documentary MATANGI / MAYA / M.I.A., Sri Lankan rapper/activist M.I.A. has shared a new music video for her previously unreleased track “Reload”.

“Reload” featured in the credits of the doc, but is only now getting a full release. The video, directed by Elastica’s Justine Frischmann, sees M.I.A. and three backup dancers rapping defiantly to camera against a blood-red background. It’s not as crisp and assured as a modern-day video, presumably because the song and video themselves are more than a decade old. Per a press release, the video for “Reload” was crafted in 2004, around the time Frischmann collaberated with M.I.A. on the latter’s debut album, Galang. The whole video was shot on handheld video in Frischmann’s basement with M.I.A.’s dancer friends Rudy, Marsha, and Deborah.

However long it took “Reload” to come to us, we’re glad that MATANGI / MAYA / M.I.A. gave it the opportunity to be heard. M.I.A. may be quitting music for now due to “censorship,” but at least gems like these can drop in our laps every once in a while.

Watch the crimson-coated music video for “Reload” below.

MATANGI / MAYA / M.I.A., directed by Steve Loveridge, is a comprehensive portrait of the M.I.A’s life, career and political activism. It’s currently available on digital platforms in the US, UK, and Canada, with more countries getting it next March. Check out the trailer below.