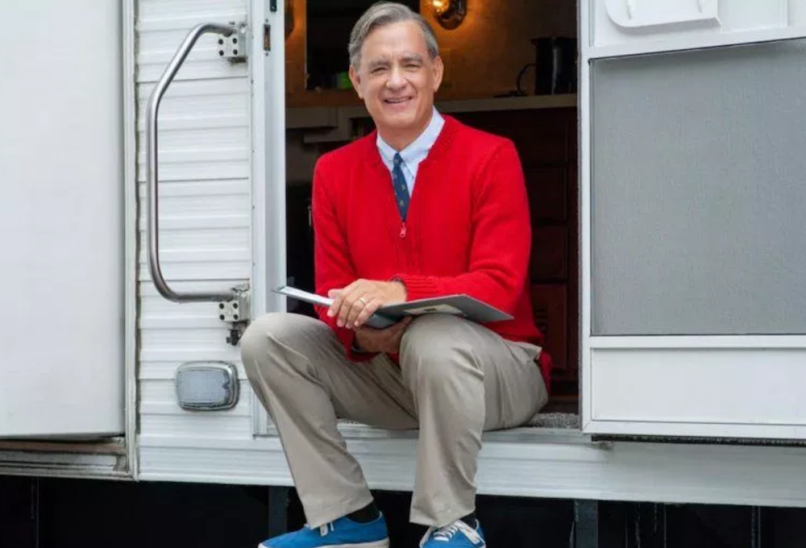 Tom Hanks in Mr. Rogers biopic A Beautiful Day in the Neighborhood

Back in September, we had our first look at the upcoming Mr. Rogers biopic starring Tom Hanks. Now, the project has officially been given a title: A Beautiful Day in the Neighborhood.

Due out through Sony, the biopic is being directed by Marielle Heller (Diary of a Teenage Girl) and features a script from Micah Fitzerman-Blue and Noah Harpster. Matthew Rhys, Chris Cooper, Tammy Blanchard, and Sakina Jaffrey have also been cast alongside Hanks.

A Beautiful Day in the Neighborhood is inspired by the real-life friendship between Fred Rogers and a journalist named Tom Junod. Assigned to write a profile about Rogers, a cynical Junod finds his life transformed by the experience.

The film is due to open in theaters October 2019.

Revisit the original opening song below.