GN'R frontman appears as himself in the cartoon, even poking fun at his past look 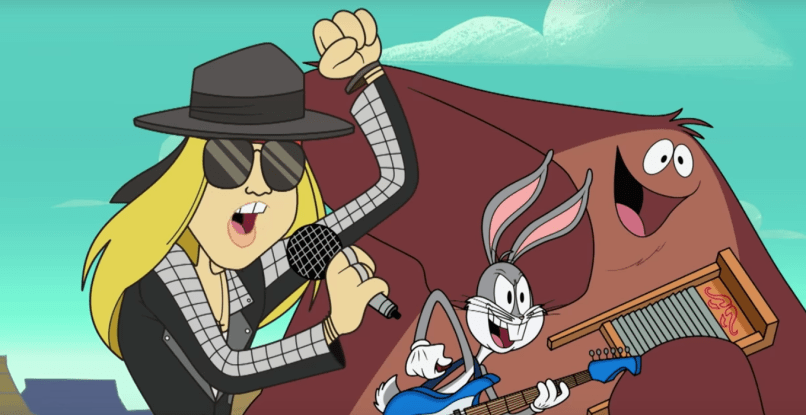 It’s been more than 10 years since Guns N’ Roses released their last album, Chinese Democracy, and while there is hope that new GN’R music is on the way, we may have just gotten treated to a new Axl Rose song — thanks to the TV show New Looney Tunes, which airs on the Boomerang streaming service.

The New Looney Tunes episode reportedly features Axl as a character. His appearance begins with him asking Bugs Bunny, Porky Pig and company if they know where the civic center is, revealing he’s doing a concert with his band Steel Underpants there tonight.

The Looney Tunes characters then tell Axl that him a giant asteroid is about to blow up the earth, with Bugs Bunny asking, “Are you guys thinking what I’m thinking?,” and Axl responding, “That I should go back to wearing a mesh jersey and kilt again?”

Bugs’ real idea is for Axl’s band to play so loud that the performance blows up the asteroid. Only problem is that Axl’s band isn’t with him, as a giant pig fell out of the sky and crushed their tour bus. Long story short, the Looney Tunes characters band together to back up Axl Rose in concert, and they play a song called “Rock the Rock,” ultimately blowing up the asteroid and saving the world.

The song itself leans more AC/DC than GN’R, and it’s unknown which musicians actually backed up Axl for the recording. Of course, Axl fronted AC/DC in 2016 when Brian Johnson had to bow out of the band due to hearing issues.

Axl has yet to confirm whether he is in fact the voice of the character, but it does sound an awful lot like him, and, as Ultimate Classic Rock has pointed out, Guns N’ Roses did use the Looney Tunes theme to open concerts on their “Not In This Lifetime Tour”.

Update – January 4th: Boomerang has uploaded the official clip to YouTube. An accompanying YouTube description confirms that it does in fact feature Rose.

Last week, guitarist Richard Fortus revealed that there would be new GN’R music “faster than you think.” Perhaps he was referring to the Looney Tunes song all along?

So, is it indeed a new Axl Rose song? Judge for yourself below. We’ve reached out to Axl’s representatives for more information.

Previous Story
Album Review: 21 Savage Shines When He Gets Deep on I Am > I Was
Next Story
Banksy’s spoofing of Paris Hilton’s debut album to go up for auction
Popular
More Stories
[fu-upload-form form_layout="media" title="Submit Your Photo"][input type="hidden" name="ugc" value="1"][/fu-upload-form]