Pose’s Billy Porter to Kevin Hart: “You turn around and oppress other people the same way you’re being oppressed” 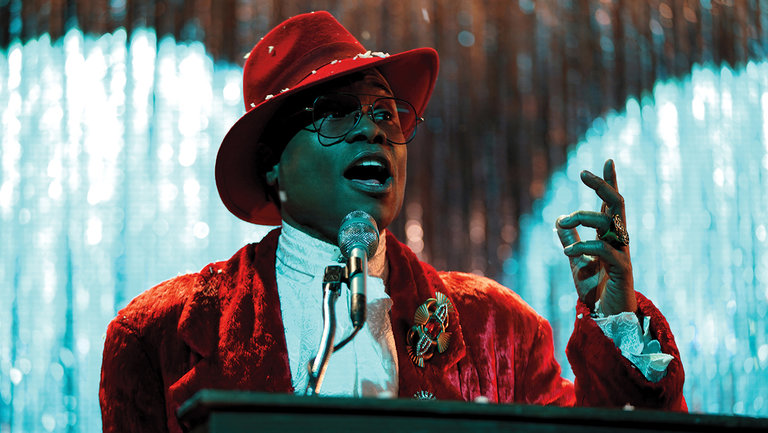 In our recent profile of the Golden Globe nominee, Porter offered an insightful perspective on the blockbuster comic’s past homophobic tweets and remarks, which have since led to him stepping down from hosting the 91st Academy Awards.

“People think that words don’t matter,” he says. “Because it’s not about you having a joke. That’s not what it’s about. I’ve seen people and I’ve heard people who are not homophobic who do gay jokes. And you can tell that they’re not homophobic.

“I think Monique, a long time ago, she did a joke about butt sex,” he continues. “It was a whole thing about butt sex and ‘the gays,’ you know. And the punchline was something like, ‘Yeah, but don’t knock it till you try it!’ … but she’s not a homophobic person. She’s not saying, ‘If I come home and my four-year-old son is playing with a baby doll house, I’m gonna break it over his head and tell him it’s gay.'”

Porter is referring to a past tweet of Hart’s that dates back to 2011, where he admits, “Yo if my son comes home & try’s 2 play with my daughters doll house I’m going 2 break it over his head & say n my voice ‘stop that’s gay’.”

(Read: Pose Dazzles and Challenges Throughout Its Landmark First Season)

“That crosses a line,” Porter insists. “Because that allows your fans to think that [you can] hit somebody because you don’t like them. You don’t like their sexuality, ‘so I can bash you in the head.’ We’re not doing that anymore. And that is what Pose challenges.

Porter goes on to discuss the threat at large, arguing: “It’s march-into-the-streets time! We have an administration that thinks that it can, with a sentence, erase a whole group of people. And we’re not going to do anything about it? Transgender people don’t exist? Fuck that.

“I say to Kevin Hart, and I say to D.L. Hughley, I say to those people who think that they don’t need to apologize for shit and dig their heels in their toxic masculinity: But you want your rights! You want people to stop shooting your children in the back? But yet still, you turn around and oppress other people the same way you’re being oppressed. Fuck that. Fuck you. We’re done.”

Read Associate Editor Allison Shoemaker’s full interview with Porter, which goes deep into his role as Pray Tell, specifically his musical and sartorial selections and what that incredible name might say about the character who bears it.