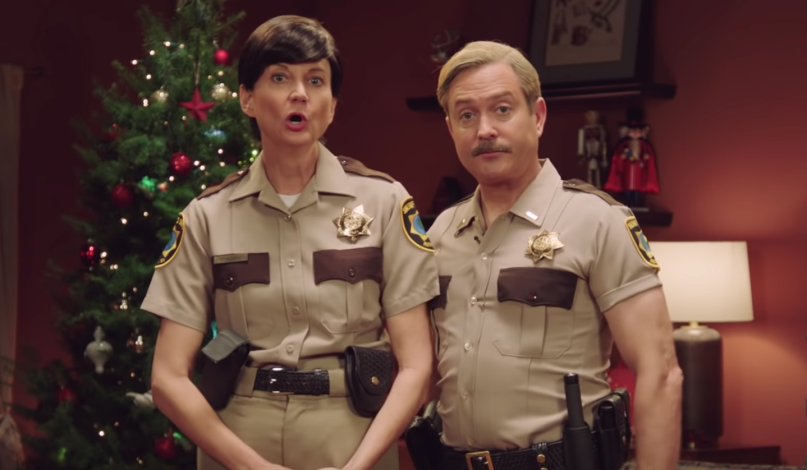 New Year’s Day is often reserved for The Twilight Zone, where everyone can anticipate the next 365 days with paranoid parables that have continued to haunt generation after generation. However, New Year’s Eve now belongs to Reno 911! — at least, this year.

As Entertainment Weekly points out, Comedy Central will air 37 episodes starting on New Year’s Day, and before you scoff and say, ‘Well, I already have the whole series on DVD,” here’s the catch: The original cast reunited to host the damn thing.

Already, you can catch two of ’em below, which deal with “Family Feuds” and “Dungeon Amnesty”. Both should give you an idea on whether or not you should stay glued to the couch and sit through all the commercials in between.

The marathon begins on December 31st at 9:00 A.M. EST and continues until 4:30 A.M. EST on January 1st. Here’s hoping this drums up some interest for another revival, especially given that those Netflix rumors from years ago never amounted to anything.

Reno 911! originally ran on Comedy Central for six seasons that spanned from 2003 to 2009. In 2007, the series made the leap into theaters with Reno 911!: Miami, which starred the original cast and moved the action to, um, Miami.