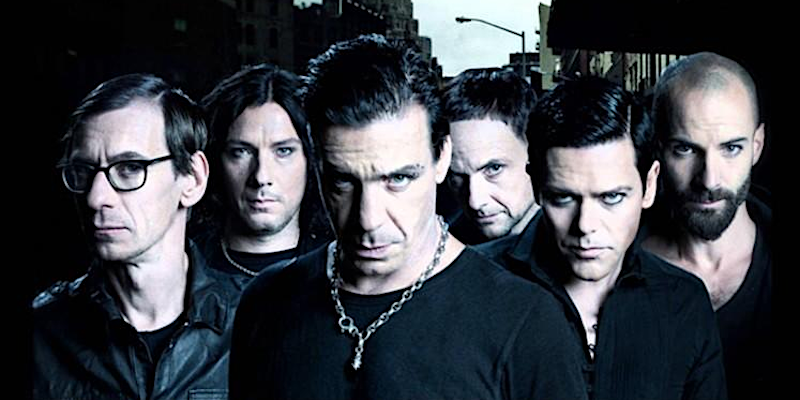 Rammstein are starting to put the finishing touches on what will be their first album in nearly 10 years, and, in a new interview, guitarist Richard Kruspe tells us that the German band is eyeing an April release for what will be their seventh full-length studio effort.

Kruspe checked in with Heavy Consequence from Los Angeles, where he was mixing the album. “Everything with Rammstein takes forever, because there are six people, plus an engineer and a producer, and we all have opinions about it. It’s just going very slow, and it’s very time consuming, and sometimes frustrating,” he explains.

He continues, “Eventually, I think it’s going to be an album that has a certain kind of potential that Rammstein hasn’t achieved yet. For me, one of the reasons to step back into making records with Rammstein was to balance the popularity of the band as a live act with the actual music. With Rammstein, people tend to talk about the fire and all the live stuff. I thought, ‘I don’t want to be another KISS,’ where people talk about makeup and stuff like that and no one talks about the music.”

Kruspe, who just released a new album with his side project, Emigrate, tells us of the upcoming Rammstein disc, “I wanted to do a record that stands out even more than our past records, and I kind of find when I listen to the [new] record, it’s like Rammstein 3D, if I can summarize it. We’re happy to work with my good friend Olsen Involtini, who also worked on Emigrate records. He a great friend of mine, and he brought certain kind of harmonies into the world of Rammstein, which I like.”

“I’m so close to the project, it’s always hard to say,” the guitarist remarks regarding his own feelings about the album, and adds, “The next step is going to be what the fans will think about it. But I think that in the world of making records, it’s so important to please yourself first. It’s like, if you don’t like it, how can you expect other people to like it. I’m trying to bring the record into a dimension that Rammstein hasn’t achieved yet.”

As for when it will be unleashed unto the world, Kruspe reveals, “We’re finishing up the last mixes, and it’s going to come out probably in April of 2019.”

While fans wait for the new album, Rammstein will play a pair of shows to celebrate the new year in Puerto Vallarta, Mexico, on December 31st and January 2nd. They’ve also announced a European stadium tour that will kick off at the end of June. View their current itinerary here.