Report: Van Halen rumored to tour in 2019 with classic lineup, including Michael Anthony

If true, the tour would mark the classic lineup's first shows since 1984 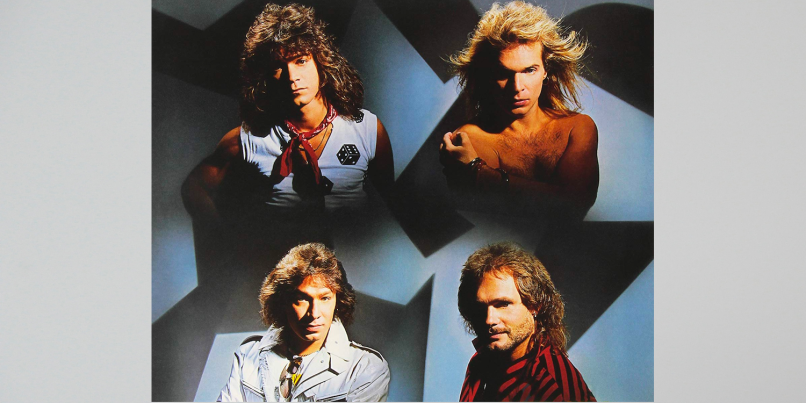 If the rumors are true, Van Halen fans are in for a treat next year. Word has it that the Rock & Roll Hall of Fame band is slated to tour stadiums with their classic lineup, including bassist Michael Anthony, who was booted from the group shortly before singer David Lee Roth’s return in 2007.

If the tour does happen, it would mark the first shows since September 1984 featuring David Lee Roth, Michael Anthony, Eddie Van Halen and Alex Van Halen. While Roth has been back with the band since 2007, Anthony was replaced with Eddie’s son Wolfgang Van Halen in 2006.

The rumors stem out of a recent interview Roth did with Vulture, and a report from radio personality Eddie Trunk.

Roth told Vulture, “When we come back through town in the summertime and do the original thing, maybe somewhere sportin’, maybe with somebody famous, I’ll make sure we get you all tickets so you can see what we do for gainful employment,” adding, “Because, you know, next time my rock band will be playing the same place that the Yankees play. Okay?”

When pressed as to whether the band would be playing Yankee Stadium, Roth answered, “Yeah, but I can’t … If I say something on tape here and everybody goes, ‘Oh, this leaked…’ But, the band will be — I can’t say.”

He went on to say, “The band is solvent. And I can say that I contacted colleagues about being part of the show — Metallica, Guns N’ Roses, Jason Aldean, the Foo Fighters, [Eric] Church, and [Chris] Stapleton. And they all said that, if everything happens, they would certainly be involved.”

On his recent SiriusXM show, Eddie Trunk addressed the state of Van Halen, saying he heard from reliable sources that the band not only will tour in 2019, but will welcome back Michael Anthony.

“I hesitate to even talk about this because every year there’s some rumor about Van Halen about to do something or announce something, and ultimately it just doesn’t happen,” began Trunk (as transcribed by Ultimate Guitar). “But, a little more so than normal as we close out 2018, I’m starting to hear some rumblings.”

He went on to say, “The rumors from reliable sources — but still rumors that are unconfirmed — is that the band will tour in 2019 with the original band, which would mean the return of Michael, and that it’s gonna be some sort of stadium package.”

Van Halen have a history of in-fighting, with only Anthony and Roth’s replacement, Sammy Hagar, showing up to the band’s 2007 induction into the Rock & Roll Hall of Fame, so we’ll wait for an official announcement before we truly believe the aforementioned rumors. The band last toured in 2015.