Based on the Blink-182 member's graphic novel 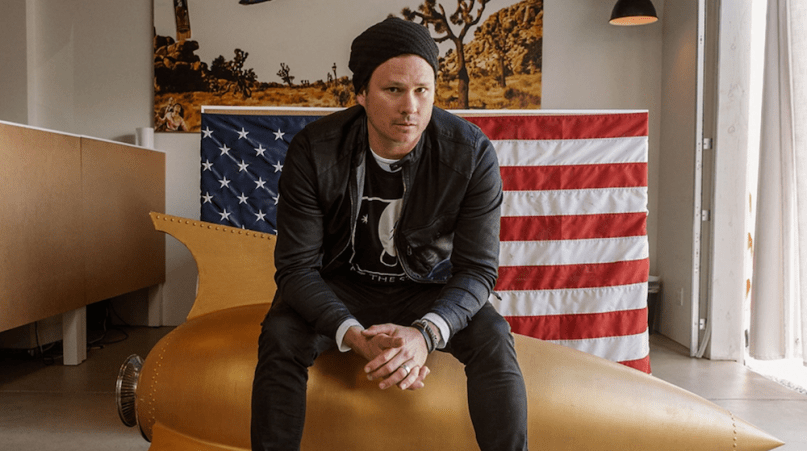 A few weeks ago it was reported that Tom DeLonge’s UFO research group, To the Stars Academy, had wracked up a $37 million deficit. Well, some new developments may help the former Blink-182 member’s pet project overcome that financial hump, as the entertainment wing of To The Stars has set up a new series for development at TBS.

Based on DeLonge’s graphic novel of the same name, the show is entitled, Strange Times. As a press release describes it, the series tells the story of five “dirty teenage skateboarders” who solve paranormal mysteries together while staying one step ahead of a group of shadowy Deep State government agents.

The Strange Times concept actually started with DeLonge’s “fringe news” site in 2011, which reported on “weird, paranormal stories — a lot of them with credible evidence.” It expanded with the graphic novel, The Curse of Superstition Mountain, before getting a novel, The Ghost in the Girl, co-written by DeLonge and Geoff Herbach in 2016. That book was the first of a planned young adult trilogy, but DeLonge told Variety he always intended the project to be cross-medium.

“This is exactly what my company To The Stars Academy of Arts and Science does,” he explained. “We hope to create something that could be described as sort of a ‘science fiction Disney,’ where our entertainment franchises are worlds that are inspired and informed by our own next-generation science division.”

Wait, does Disney have a secret science division? Is Tomorrowland real? (Get on it, Tom.) Either way, DeLonge is clearly hoping to turn this project into a franchise, so don’t rule out the movie he was mulling over last year.

Speaking with Variety, DeLonge also said that the group of “degenerate skateboarders” are based on his childhood friends, with the main character Charlie being “a bit of myself.” He also said The Descendents’ “Suburban Home” would be his ideal theme song, so use that as a point of reference for the vibe for which Strange Times is gunning.

As the show is just entering development, there’s no word on when — or really, if — we’d get a first episode. In the meantime, check out this trailer for The Ghost in the Girl: