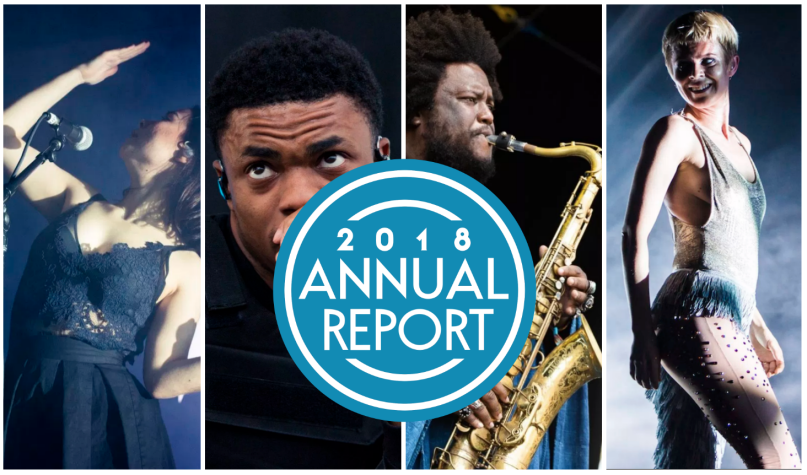 Ten years ago this December, Consequence of Sound assembled our first-ever Annual Report and year-end lists. Some wisdom comes with a decade’s worth of doing anything. You see a lot of hype come and go, and a lot of talent emerge and put down roots. You learn to separate the passing fads from the actual next big things — that is, the ebbs from the evolution. You also learn — though you might never admit it in, say, the intro to a year-end list — that some years just produce far more exciting records than others.

Luckily, 2018 had no problem holding our interest. Most would agree we’ve seen a bit of everything, some of which we could never have predicted: dazzling debuts, raucous returns, experimental episodes, political pushbacks, veterans avoiding the well, the proper hip-hop album bloat and shrink, several thrones ascended to, and, most importantly, substance and style largely seizing the day over spectacle and stupid, red hats. While it’s never easy closing the book on such a fascinating and unpredictable year, a part of us already anticipates what 2019 might have in store.