"Listen, I don't know what a podcast is, but I currently have a lot of time on my hands and a lot to talk about" 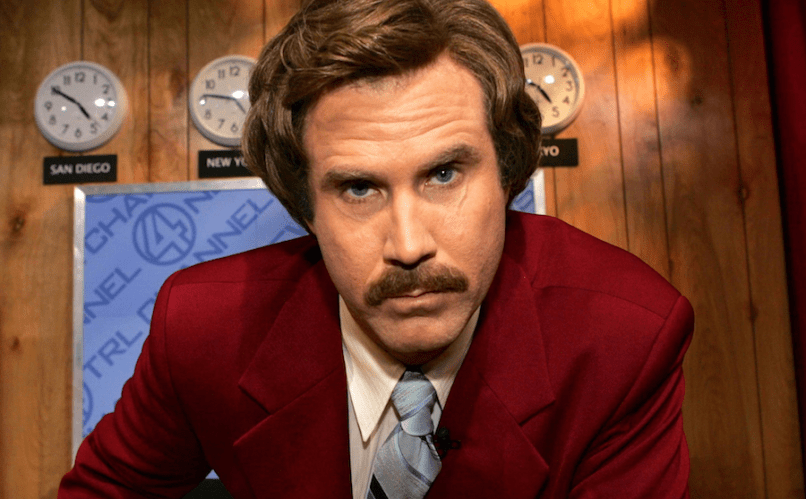 Will Ferrell as Ron Burgundy

Don’t act like you’re not impressed: Legendary San Diego anchorman Ron Burgundy is getting his own podcast. Will Ferrell is reviving his character from the Anchorman series for a new podcast from Funny or Die, to air on iHeartRadio beginning next year.

There’s no clear word yet on what the podcast will actually be like, but a press release offers a few hints at the tone. “Listen, I don’t know what a podcast is, but I currently have a lot of time on my hands and a lot to talk about,” Burgundy said in the release. “I am also broke. Therefore, I am very excited to do this podcast. It is literally saving my life.”

For its part, iHeartRadio may immediately regret this decision. “To be honest, we don’t want to do this podcast and we just want to get this announcement over with as soon as possible,” Conal Byrne, President of the iHeartPodcast Network, said in a statement. “Ron quite literally forced us into making this podcast with him, first calling us more than one hundred times in a single day and then proceeding to actually show up at our doorstep and physically force himself into our studios.”

“By the way, if iHeartRadio says that I harassed them into making a podcast, it is a lie!! A boldface lie!!” Burgundy replied in the same statement. “Did I call them one hundred times in one day? Yes! But that’s called persistence! I have filed suit against iHeartRadio for these salacious claims. I will be representing myself legally, since I currently do not have enough money to hire an attorney.”

Burgundy did do some promo himself, launching a Twitter handle @BurgundyPodcast and engaging with CNN anchor Don Lemon. Find their back and forth below.

They said I ate 12 dogs! I only ate 4 dogs!!! I’m not Kobayashi for cripes sake! Anyway, old friend, was wondering if you could do me a favor.

Mr. Burgundy, I gotta be honest I don’t remember ever meeting you and frankly I’m a little shocked you have White House press credentials. I know I stand for a free press and all but just not so sure you should have those credentials.

Don, I am laughing out loud! So about that favor: the media landscape is changing so fast and I DO NOT CARE FOR IT. That's why I'm starting a “podcast!”

Okay, so no podcast plug. Got it. By the way just so you know, our friendship is over. YOU GO STRAIGHT TO HELL. DO NOT DISRESPECT ME IN A PUBLIC FORUM. DON IS A GRADE A JERK. BURGUNDY, OUT.

I’m starting to think Don ate the hot dogs. Not how I wanted to do this, but I am formally announcing I am doing a podcast!