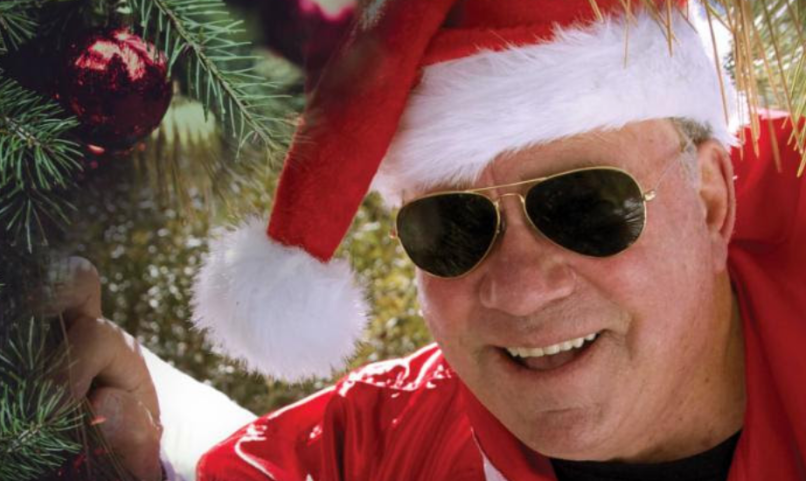 William Shatner recently sought to spread some holiday cheer with the release of his first ever Christmas album. Shatner Clause saw the Star Trek legend joining forces with Iggy Pop, Judy Collins, Brad Paisley, and a number of others to cover 13 seasonal staples, such as “Jingle Bells” and “Little Drummer Boy”. But Shatner is not only out here paying tribute to old Christmas classics, but defending their honor as well.

Last week, Shatner chimed in his support on Twitter for “Baby It’s Cold Outside” against “2018 prudes” after the Canadian radio station CBC took the song off rotation, urging his followers to call in and demand they place it back on air. The tune has become newly suspect under modern standards about consent and sexual coercion, but as Shatner put it in an interview with DailyMailTV, “You’re not saying I’m closing the door and you can’t leave. It’s not force, it’s verbal persuasion, which works in the act.”

After offering his defense of the 1940s song lyrics, he went on to give his take on the broader #MeToo movement as a whole. “I’ve got three daughters and I’m glad that they have more opportunity. At the same time, it’s become hysterical,” Shatner said. He went to decry that, “the whole man-woman relationship has changed to a severe degree.”

Shatner mentioned that he has had to rethink his own behavior after taking a training course on sexual harassment for his position in the United States Equestrian Federation. He described the experience as being “all about sensitizing you to what is harassment. You might say, as I have on numerous occasions, ‘looking good’, ‘wow, what a great dress’, ‘great legs’, ‘I love your hair’. Nothing grabby, touchy-feely, nothing sexual… Just innocuous compliments that one might say to anybody, with no intent of lasciviousness.”

Shatner followed up on his comments in the interview this morning with a photo of his own “very sexy legs.”

For what it’s worth, “Baby It’s Cold Outside” does not appear on Shatner Clause, but you can revisit his take on “Silent Night” with Iggy Pop below.