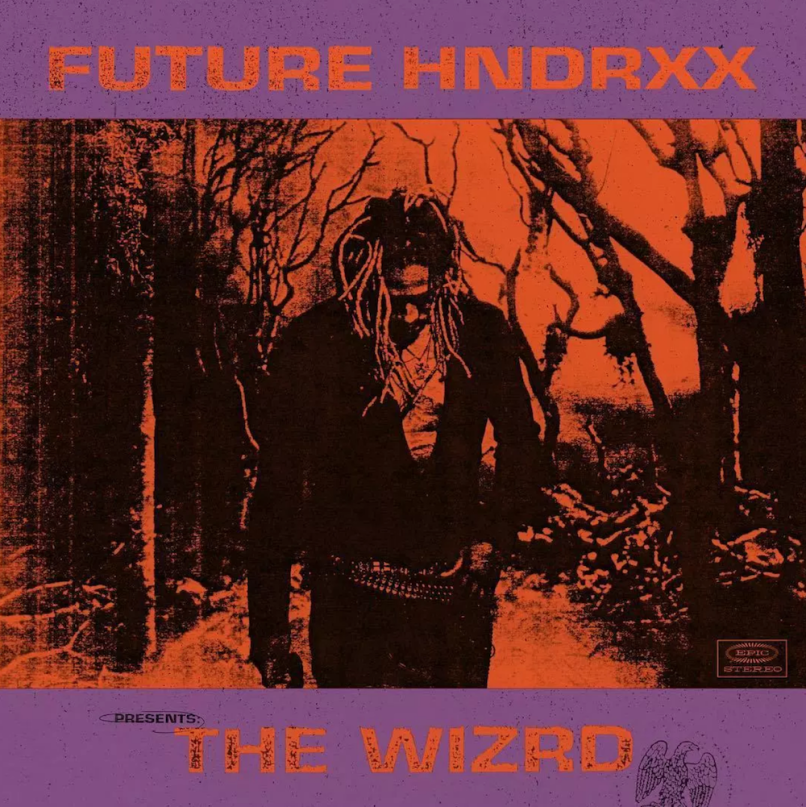 The Lowdown: Future might not be the most versatile rapper ever, but when combing through the work of similar artists and comparing what they create to what the Atlanta rapper has done over the years, his work ethic and prolificacy shine through. From mixtapes to joint albums, movie soundtracks, multiple hit singles, and studio albums, Future has been on a release spree. With his consistently croaky vocals, he has taken his fans through several different personas: Future the Astronaut, Future Hendrix, Super Future, Fire Marshal Future, and Pluto. His latest, The WIZRD, is a combo of all these personas intended to form one fully realized representation of the artist.

The Good: Hendrix’s discography is filled with unapologetically braggadocios lyrics about his wild lifestyle. While topics like drugs, sex, money, and fame have become cliché in hip-hop, they sound intriguing when Future raps about them. It’s hard to imagine he keeps a straight face when spitting lines like: “I got so many white bitches, Ku Klux Klan” (“F&N”), “I got a white and a black girl/ They look like an Oreo” (“Call the Coroner”), and “Penthouse got a living room with a garage in it” (“Krazy but True”).

Since this album is meant as an embodiment of Future’s entire discography, it only makes sense that he shows a lot of flexibility. He delivers a lot more on The WIZRD than the obvious switch from rapping to singing and juxtaposition of uptempo vibes and down-tempo tunes. On the gangster song “F&N”, he drops a mind-blowing switch in his flow and continues to drop more bars without allowing listeners to recover from the shock. Ad libs in hip-hop have become so predictable, especially using words like “ice,” “skrt,” and “AP”. Although it might not seem like a big deal when an artist drops an unexpected ad lib to a line, it takes rap fans by surprise. On “Overdose”, Future creates something unique with the ad lib “Uh huh” and spices up the track with it. I won’t spoiler it here.

The Bad: This album represents a piece of everything Future has made before. Although he’s good at making hit songs, his catalog is also filled with songs that elicit no reaction — songs that are neither here nor there, and this album caught a bit of that weed. There’s nothing to be missed if songs like “Sick to the Models”, “Goin Dummi”, and “Faceshot” are skipped.

The Verdict: If there’s anyone who for some reason hasn’t listened to Future until now, The WIZRD is the perfect project for them to begin their adventure into the rapper’s multicolored discography. There is a little bit of everything on this project: the darkness from his past, his struggles (“Temptations”), his petty nature (“Never Stops”), his boastful nature (“Overdose”), and his passion for his career (“Krazy but True”). A 20-track album is a lot. But with The WIZRD, one can barely feel it because of the smooth flow from track to track. Even the few misses don’t disrupt the rhythm of the project. This makes it sound like an audio story book with hard-hitting rap melodies and different chapters. Future the Wizard’s seventh LP is a self-referential and self-evaluating one. Indeed, The Wizard is the real future.