Girlpool Deepen and Expand Their Sound on What Chaos Is Imaginary 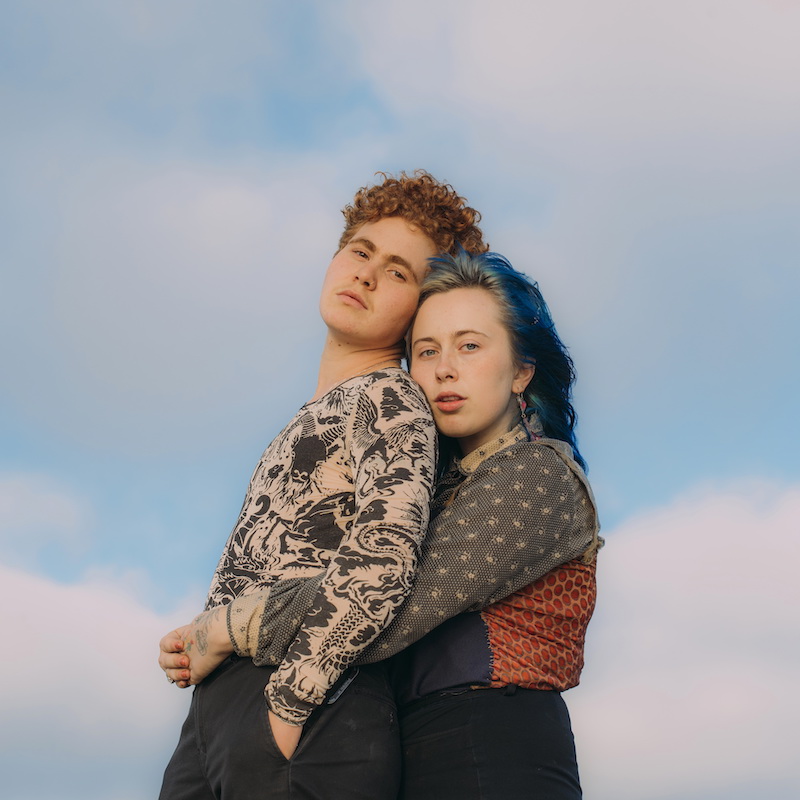 The Lowdown: Los Angeles indie rockers Cleo Tucker and Harmony Tividad first showed the world who Girlpool is with their self-titled debut in 2014, and their two subsequent albums have designated them as a prime pair for un-romanticized nostalgia, dreamy-yet-cutthroat harmonies and well-considered imagery. On What Chaos Is Imaginary, they guide the listener into a world of matinees, grassy lawns, shoelaces, and Sunday bests. This comes across at times as a frayed picture of suburbia — or at least of some of the theoretical mundanities of life — and some of the real torment that characterizes and accompanies this world: hidden, ironic, and personalized. But even as they’re reminding us of and interrogating this image, they’re also distancing themselves from it, particularly on songs like “Pretty” (“I’m not the person down the block”). Girlpool’s sound has come a long way since 2014 and even since their last album, 2017’s Powerplant, and this new release sees Tucker and Tividad playing off of each other’s musical and vocal talents to incredible effect.

The Good: For a band that already left nothing wanting in terms of chemistry, What Chaos Is Imaginary brings Tucker and Tividad’s talents to the surface in entirely new and creative ways. Their musical rapport is stronger than ever, and Tucker’s deepened voice dovetails perfectly with the duo’s evolving sound. The album’s focus shifts back and forth between the two of them, delivering both harmonies and concentrated solos — “Hire”, a melancholy but steadily building rock song, and “Hoax and the Shrine”, a softer ballad, are vocal standouts for Tucker and Tividad, respectively. They don’t confine themselves to any particular genre other than their own, flirting here with folk, there with grungy rock, and dipping into various mental and emotional scenes along the way. The slow build of “Chemical Freeze” gives off the feeling of venturing into a dark cave, surrounded by the whisperings of ghosts. But Tucker and Tividad are anything but: in this album especially, they are fully formed and formidable.


The Bad: Girlpool has always had a knack for poetic lyricism, rooted in telling and instantly recognizable details, but also somewhat abstracted by atmosphere and slanted, never-quite-on-the-nose specificity. They play to their strengths on What Chaos Is Imaginary, but sometimes this abstraction drifts on the verge of obscure, as the core meaning of a song — if such a thing exists in a world of designated chaos — can feel hidden somewhere between the music and the lyrics. But perhaps this challenge is part of the point, and not all of the words and images are meant to be instantly accessible; Girlpool is good at making the audience think, and maybe the lyrical drifting is another way of “molding nonsense from a cycle.”

The Verdict: Tucker and Tividad situate themselves in details on What Chaos Is Imaginary, from the guitar-led ethereality of “Minute in Your Mind” to the cool variety and internalized atmosphere of “What Chaos Is Imaginary”. Via the avenue of these details, the central conceit of the album is one of growing up. This comes through on a track-by-track basis, like on “All Blacked Out”, an older, folksy demo expanded in its new form into something much richer. But it’s also a sweeping feeling that the arc of the album as a whole supports, as it travels from gritty early tracks like “Lucy’s” and “Pretty” — a lovely, economical introduction to the band’s style — toward more exploratory ventures, like “What Chaos Is Imaginary” and the adventurous development of “Swamp and Bay”. These songs that come toward the end of the album feel particularly sure of change and ready to embrace it, no matter the nonsense, no matter the cost. If anyone is ready for this change, it’s Girlpool.

Essential Tracks: “Swamp and Bay”, “Chemical Freeze”, and “What Chaos Is Imaginary”

Buy: You can pick up copies of What Chaos Is Imaginary along with Girlpool’s other releases at Reverb LP. Click here for more.