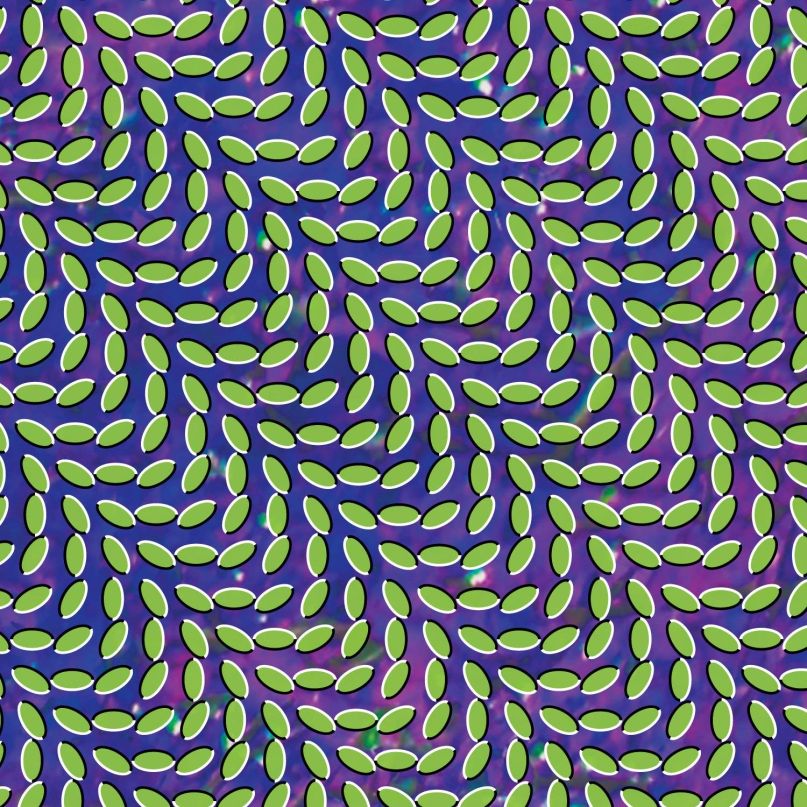 In our original review of Animal Collective’s Merriweather Post Pavilion, published 10 years ago this month, there’s a line in the first paragraph that stands out now for its half-correctness: “Still, no matter how amazing or confusing any of the group’s back catalog may be, it will henceforth be Merriweather Post Pavilion that will stand as their career-defining effort, at least until its follow-up is released.”

Of course, we the future people know that no such one-upping follow-up ever truly materialized, and that, a decade later, the record named after the suburban Baltimore amphitheater that the band would finally play in 2011 remains Animal Collective’s biggest record, in sound and popularity and scope. We know (though we may hate to admit) that no such following masterpiece is likely in the offing. We’d be happy to be proven wrong. Still, a singular record deserves a singular reconsideration, and Merriweather Post Pavilion was certainly unlike anything that came before or since.

From the jump, Merriweather Post Pavilion took a different shape than the typical Animal Collective record. Much of the difference came down to personnel. True to the shifting nature of the band, this record found the group temporarily reduced to a threesome, with guitarist Josh “Deakin” Dibb bowing out of the recording process. With their guitarist missing, the band’s remaining members leaned all the way into their fascination with samplers and electronic sounds. They also brought in a ringer in the form of co-producer Ben Allen, then best known for his work on Gnarls Barkley’s 2006 hit “Crazy”. In a 2009 interview with the Baltimore City Paper’s Raymond Cummings, Allen revealed the inspiration for the seemingly unlikely pairing: “They […] wanted my low-end expertise.”

Allen’s mastery begins paying dividends exactly 2:31 into Merriweather Post Pavilion, at the point where “In the Flowers” plunges from an ethereal dreamscape into something that sounds like a !!! song blasting from a boombox at the bottom of a diving well. From the first track on, the songs of Merriweather Post Pavilion formed a wide-open, watery wonderland that Brian “Geologist” Weitz described poetically in a 2009 New York Times interview with Hua Hsu: “We had this idea of it being, like, a lagoon […] and there’s this concert, and we’re playing underwater in the Merriweather Post Pavilion of that lagoon.”

While the record’s thumping, three-dimensional sonics rendered it a drastic (and, for many, appealing) departure from the thrillingly unlistenable Spirit They’ve Gone, Spirit They’ve Vanished or the campfire closeness of Sung Tongs and Feels, so too did its lyrics represent a newfound directness from a band steeped in all things cryptic. Ten years later, the words here may be the most interesting part of the record; more than anything, they reveal the anxieties and aspirations of two men entering their 30s, as well as the need to give equal space to the domestic joys (the head-over-heels “Bluish”, “No More Runnin’”) and existential anxieties (the death-obsessed “Also Frightened”, “My Girls”) that come, hand-in-hand, with the onset of true adulthood. On these relistens, you can still feel the same joy you felt dancing to “Brother Sport” the first time around, but also appreciate that it’s made all the more rapturous for the sadness gathered at the edges. Just like your 30s, right?

While Merriweather Post Pavilion retains the kaleidoscopic intimacy that made it a hit upon its release, different sounds emerge with the benefit of hindsight. Now, it’s difficult not to think of it as a kind of sonic dissertation on the aughts, one that (deliberately or not) feels like the sum total of every band you ever discovered on Fluxblog or Said the Gramophone. Amid the album’s swirl, you can spot refractions of Devendra Banhart and other freak folk chanters in the spiral of “Guys Eyes”, Vampire Weekend’s Ivy League tweeness amid the beats of “Summertime Clothes”, and the Elephant 6 Collective’s humid psychedelia within the accelerating organ of “Daily Routine”. Merriweather Post Pavilion sends off the decade that begat some of indie’s most exciting music with a prismatic convergence of its biggest genres under the guidance of one of its best bands.

However, 10 years on, the record also contains clues about the diminishing returns to come. Of all the songs on the record that might act as a blueprint for future releases, “Lion in a Coma” probably wouldn’t have been anyone’s choice, but that song’s fried cartoon bounce feels like the natural predecessor of 2012’s overclocked disappointment Centipede Hz. One song later, “No More Runnin” gives an unknowing preview of Avey Tare’s 2010 solo record, Down There, which follows Merriweather Post Pavilion’s lagoon to its logical swampy conclusion and remains the most interesting full-album statement that anyone in Animal Collective has produced since.

So, no. Merriweather Post Pavilion didn’t usher in a second glorious decade for either Animal Collective the band or “indie rock” the genre. It’s even tempting, in our own hellish moment, to find fault with its whimsical navel-gazing; sometimes, 2009 feels like a very, very quaint time. But no. Let’s not. Instead, let’s celebrate this record for what it is: a high-water mark from a visionary band from a mostly okay decade that’s not coming back any time soon. Hey, now. No. That’s not damning with faint praise. After all: perfect moments are still perfect.