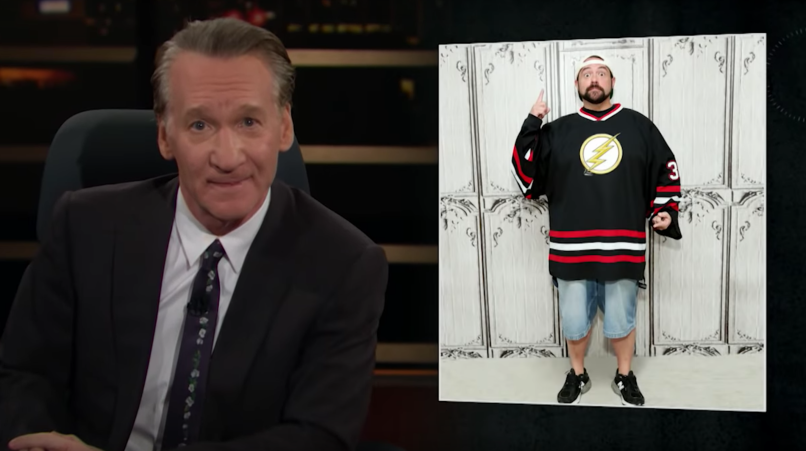 Back in November, Bill Maher outraged comic book fans with his scathing essay on the medium in the wake of Stan Lee’s passing. Although he had already responded to the backlash in the week following, the Real Time host doubled down on his sentiments during Friday night’s episode.

“To every person on social media who’s asked me since November, ‘Bill, what do you have to say about Stan Lee?’ – and to every paparazzi outside a restaurant who’s still shouting at me, ‘Bill, what about the Stan Lee thing?’ Okay. Your day has come,” he warned.

From there, he digressed on the topic, once again providing the same context for his essay that continues to put him six feet under with comic book fans. “You can, if you want, like the exact same things you liked when you were 10,” he acknowledged before pivoting, “but if you do, you need to grow up. That was the point of my blog. I’m not glad Stan Lee is dead, I’m sad you’re alive.”

Oh, it gets better.

“By the way, if someone says you’re being childish and you react by throwing a tantrum, you’re not Iron Man — you’re Irony Man,” he quipped, turning his attention toward director Kevin Smith, who scorned Maher in November for taking shots at Lee. “My shot wasn’t at Stan Lee,” Maher argued. “It was at, you know, grown men who still dress like kids,” to which he proceeded to show a photo of Smith in his trademark hockey jersey.

(Read: Bill Maher on Trump, PC Outrage, and Where to Find Hope in America)

One comment found him breaking down the medium itself by claiming “every superhero movie is the same thing — a person who doesn’t have powers, gets them, has to figure out how they work, and then has to find a glowy thing.”

Maher also objected to POW! Entertainment’s open letter to him, which claimed that critics said the same of “Dickens, Steinbeck, Melville and even Shakespeare.” “No, they didn’t,” he exclaimed. “No one ever said that. No one ever said King Lear or Moby Dick was childish and unsophisticated. If you ever read a book without pictures, you’d know that!”

Smith has since responded to Maher’s remarks, taking the high road on Twitter this morning, by writing: “Yes, @billmaher took a shot at me during his show last night, in the midst of his latest rant about @TheRealStanLee and adults who like comic books. No, I’m not mad at all. Bill may talk tough but he’s a stoner like me and a real pussycat when confronted.”

To Maher’s credit, it’s rather intoxicating to be plagued by the same questions by the same people, especially when his opinion and talking points are as clear as day. (And some of them, this writer might add, aren’t exactly off-base, particularly those involving the movies and literature.) However, if he thought this would solve the problem, he certainly doesn’t understand comic book fans.