Billie Eilish shares “When I Was Older”, a new song inspired by Alfonso Cuarón’s Roma: Stream 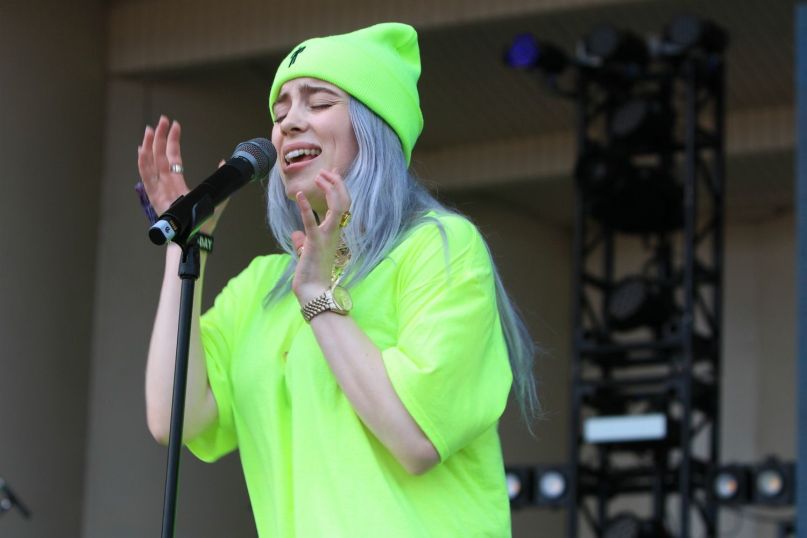 Billie Eilish, the 17-year-old sad-pop prodigy we recently named our 2018 Rookie of the Year, has shared a new song with a surprising inspiration. “When I Was Older”, Eilish says, was inspired by Alfonso Cuarón’s acclaimed new film, Roma, which took home two Golden Globes this past weekend, including a Best Director statue for Cuarón.

It makes sense for Eilish, as the singer recently told us that she prefers to write from perspectives that aren’t her own. “I write in characters a lot, so it’s not necessarily anything that I’m going through at all. It’s just art,” she said, adding that a lot of her song “I don’t necessarily want to write about my life — there’s only so much going on in my brain.”

Roma is currently streaming on Netflix. It follows a domestic worker’s journey in 1970s Mexico, and has been praised not just for its humanity, but also for the ways in which Cuarón captures both the era and the landscape of the film’s namesake Mexican neighborhood.

Eilish, meanwhile, is gearing up for the release of her debut LP after releasing striking singles like  “you should see me in a crown”, “when the party’s over”, and “come out and play”.