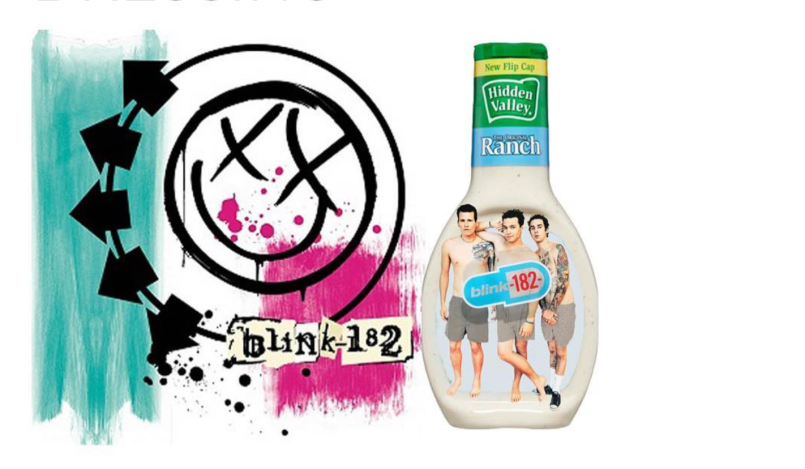 Well, I guess this is throwing up: A couple of ambitious students from UCLA went ahead and created a vegan Dude Ranch salad dressing in honor of Blink-182’s break-though sophomore album.

Co-founder Megan Hullander, a third-year English student, tells The Daily Bruin that she’s not vegan herself, but has the environment in mind with the dressing.

“We tried to make it as Earth-friendly as possible and as healthy as we possibly could, and get all the ingredients while still maintaining the taste,” Hullander explains. “We started out making recipes that we found, and then just replaced ingredients to use ones that were either more sustainable, or added things we thought would be good for flavor.”

Nothing’s been lost in translation, either, as co-founder Angela Simmons insists, “It’s pretty packed with flavor but it’s not overwhelming. So it’s a really good balance between this crazy flavor, (but) you can enjoy carrots, or pita bread, or whatever you want to put your ranch on, and it doesn’t take away from the flavor of the food.”

Admirable, no doubt. Ambitious, too. Even so, one can’t help but groan a little at the prospect of using Dude Ranch salad dressing, especially when you consider all the times the band has referred to their dick in songs, on stage, and in music videos. Perhaps they would have been better off with “Apple Shampoo”?

Nevertheless, the brand will stay together for the kids and debut on January 17th at a Westwood apartment. Follow the company via Instagram and revisit the titular album below.