Groovy! Bruce Campbell to host Ripley’s Believe It or Not!

The Evil Dead star is hopping from Deadites to daredevils 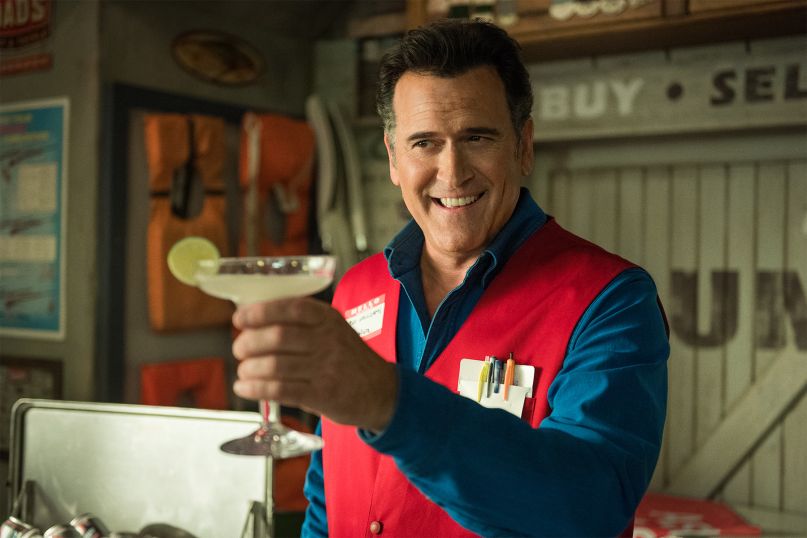 Good news, you primitive screwheads: The man, the legend, and the prophesied one known as Bruce Campbell is heading back to television. No, it’s not to fight the nefarious evil dead and it’s also not to burn notices; it’s to serve as host for the latest reboot of Ripley’s Believe It or Not! for the Travel Channel.

The veteran actor had been teasing the news all weekend and finally made it official on New Year’s Day. To drum up hype, there’s even a ridiculous new trailer:

It’s official! @GroovyBruce will be the host of the all-new Ripley’s Believe It or Not! show coming to @travelchannel in 2019! pic.twitter.com/kXRIZQu9ng

The gig comes less than a year after Starz cancelled the hilarious Ash Vs. Evil Dead, which Campbell has sadly confirmed to be the end of road for his chainsaw-wielding Lothario.

With Ripley’s, Campbell follows another hero in former Superman Dean Cain, who hosted the series from 2000 to 2003. Prior to that, the show was hosted by Jack Palance in the ’80s and, of course, by Robert L. Ripley himself in the late ’40s.

The new series will bow sometime later this year. In the meantime, revisit our interview with Campbell in which he talks about how Stephen King saved The Evil Dead universe twice and explains why riding horses on screen is an art form.