The follow-up to Tell Me I'm Pretty features Beck 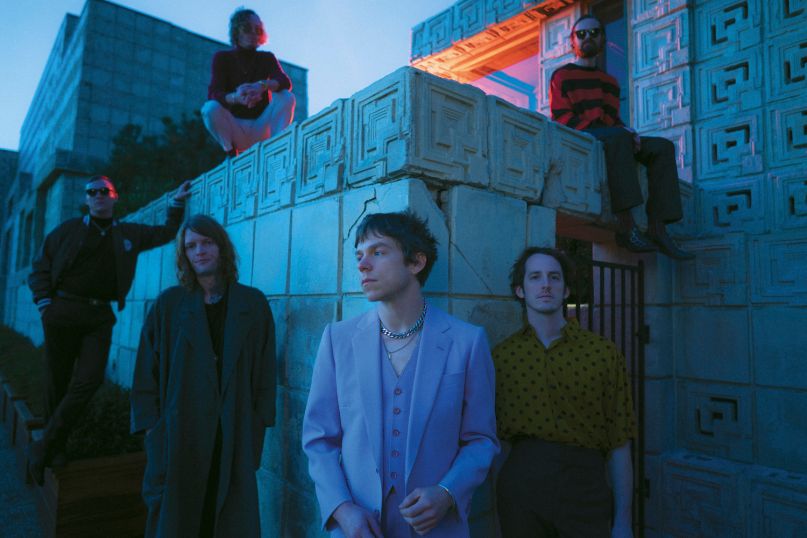 Social Cues serves as the group’s fifth full-length since forming in 2006. It follows Cage the Elephant’s Grammy-winning Tell Me I’m Pretty from 2015, as well as their 2017 live album, Unpeeled. There are 13 tracks in total on the forthcoming LP, including a collaboration with Beck titled, “Night Running”.

Recording took in both Nashville (Battle Tapes Recording, Blackbird Studio) and Los Angeles (The Village Recording Studio), and production was handled by John Hill, known for his work with Florence and the Machine and Portugal. The Man. Tom Elmhirst was tapped to mix, while Randy Merrill mastered the project in New York.

Social Cues was written while frontman Matt Shultz was grappling with the dissolution of a relationship. In an effort to better sort through everything, he “explored the hidden recesses of his psyche, creating characters to tell different parts of his personal story,” according to a statement.

“It can be a vehicle to act out things that are hard to confront,” Shutlz explains. “When I’m creating, I try to put myself in a reactive state of improvisational thought. I let images just arise in my mind and wait for it to evoke an emotional response and then when it does, I know I’m on to something. I was watching a lot of Fassbinder films, like World on a Wire and The Bitter Tears of Petra von Kant. I was thinking about their beauty coupled with the graphic surrealism of [Darren] Aronofsky.”

The band’s first LP preview, “Ready to Let Go”, finds the frontman at the latter stage of his post-relationship processing, more than willing to move forward with his life. Check it out below via its official music video, which shows Shultz engaging in some eerie underground rituals.

Social Cues is available for pre-order here. Cage the Elephant are scheduled to perform at Atlanta’s Shaky Knees Festival in May; more dates will be announced.