Chance the Rapper stops by Sesame Street to help out Elmo and Cookie Monster: Watch 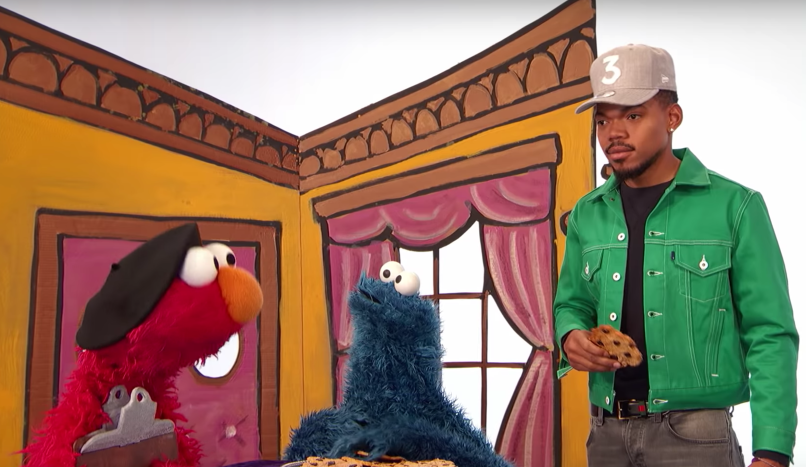 Chance the Rapper on "Sesame Street"

Chance the Rapper and Sesame Street make total sense. He’s written an album called Coloring Book, he’s always been there for the kids, and he’s the kind of humanitarian the show loves to make an example of for young minds.

On Saturday, Lil Chano from 79th left his Chicago neighborhood for the popular fictional street, where he helped Elmo put on a play in a segment titled, “T is for Theater”. Let’s just say, he learns it takes a lot to be a Cookie Monster.

Watch the cute segment below. More recently, Chance made headlines when video surfaced of him saving a victim out of a burning car, which is apparently how he spent his Easter Sunday in 2018. What a guy.