Ten years ago, Liam Neeson showed off his particular set of skills for the first time 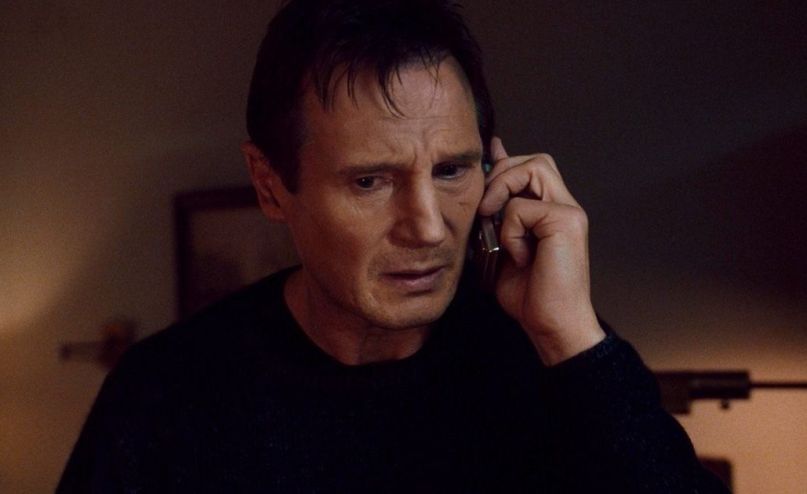 “I don’t know who you are. I don’t know what you want. If you are looking for ransom, I can tell you I don’t have money, but what I do have are a very particular set of skills. Skills I have acquired over a very long career. Skills that make me a nightmare for people like you. If you let my daughter go now, that’ll be the end of it. I will not look for you, I will not pursue you. But if you don’t, I will look for you, I will find you, and I will kill you”.

Imagine an entire film franchise springing from the success of a single scene. Ask the average person what they remember most from 2009’s Taken, and they’re likely to cite the above speech, growled by ex-CIA Agent and current overprotective dad Bryan Mills (Liam Neeson) to the kidnappers of his daughter Kim (Maggie Grace) — setting up the seventy minutes of mayhem to follow. Ask them to remember anything else, and they’ll likely come up blank.

And yet that single, evocative moment launched two sequels, a television series, and a host of all-budget imitators. It’s a testament to the strength of that scene, which was indelible enough that the film’s own marketing largely revolved around it. The gamble worked, too; Taken‘s $25 million budget made its eventual $226 million box office take a particular miracle, opening up a new subgenre of mid-budget Eurotrash action movies and a career revival for Neeson.

But does the rest of the film hold up to that singular, iconic phone call? Prior to it, we get a solid half hour of character-building with Neeson’s Mills, an ex-CIA agent who’s given up his life of extrajudicial torture and counter-terrorism efforts to become a backyard-grilling suburbanite. He spends his days working security for pop stars, and his nights chugging beers with his old CIA buddies. It’s lean but efficient character-building, Neeson establishing Mills as an overprotective dad whose training pulls him to keep a closer-than-usual eye on Kim, with whom he’s attempting to rekindle a relationship. However, when a girls’ trip to Europe goes wrong, and she’s abducted by sex traffickers, the infamous phone call occurs, and he’s on the warpath to get her back.

For the next hour, Mills does exactly that. Much like its spiritual successor John Wick, the first Taken simply positions its star to mow through reams of anonymous Eastern European heavies.. It gets more than a bit repetitive after a while, but co-writer/producer Luc Besson and director Pierre Morel (who would only direct the first) still provide a novel showcase for Neeson’s particular set of skills. We’re used to Neeson being a grimacing badass by now, but back in 2009 it was novel to see Oskar Schindler running down guys half his age in a car. Even if it all feels like window dressing to get to his inevitable victory, there’s a sense of glee and excitement in Neeson’s performance that was sorely lacking in the Taken sequels and many of its ensuing imitators. Just as Neeson’s clearly having fun playing with his previously buttoned-up prestige actor persona and getting down in the muck, one gets the feeling that this scenario activates in Mills a sense of righteous fury that his mundane suburban life can’t provide.

However, taking a step back from the immediate thrill of Bryan Mills tearing through Albanian sex traffickers like so much Irish butter, the politics of Taken certainly align with many of the ugly post-9/11 impulses America was reckoning with at the time.Taken is your dad’s favorite movie for a reason: it’s about an angry, paranoid Boomer rescuing his beautiful, virgin-pure daughter from scary Eastern men who want to drug her up and auction her off to sheikhs. As politics go, it’s the film adaptation of an email forward from your uptight uncle who watches too much Fox News: Foreigners are foaming at the mouth to steal my beautiful daughter, but if they do I’ll totally grab my gun and go kick their asses. Bryan Mills is the platonic ideal of the Conservative Dad: a cool dude who knows about Beyoncé and the best way to create a homemade torture device using a battery, a good guy with a gun who’s prepared to do Whatever It Takes.

However handsomely and efficiently staged, the actual action in this action movie feels immaterial. It’s a foregone conclusion that Mills is going to get his daughter back, no matter what obstacles are thrown in his way. He’s an invincible juggernaut who does exactly what he threatens to do over the phone: become “a nightmare” for the men who took his daughter. Unlike John Wick (which miraculously cost $5 million less to make), the action’s not well-staged enough to feel all that novel. Mills doesn’t operate in an attractively intriguing world; he just runs down cobblestone Parisian streets and shouts at underwritten henchmen and corrupt detectives, the washed-out look of Michel Abramowicz’s cinematography clearly designed more for economy than style.

That in turn brings us back to the “particular set of skills” scene, a great, efficient work of suspense storytelling that tells the audience everything they need to know about Mills’ plight and what he plans to do about it. In microcosm, it should be celebrated, but it’s hard to blame anyone who would turn off the film after that single, beautiful moment. While Neeson would fine-tune his new career as Boomer God Warrior in other, better films (see his works with Jaume Collet-Serra for reference), Taken remains the Rosetta Stone for an entire subgenre of January Neesons, and for at least that (and not its politics), it should be regarded.