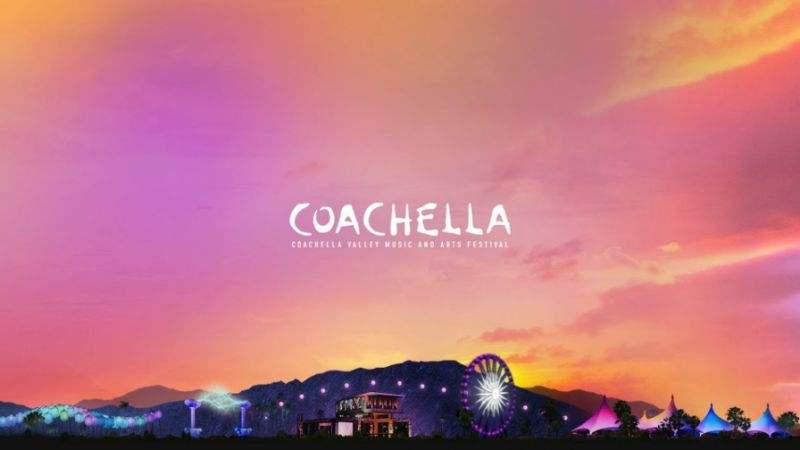 Imagine, for a moment, that you run one of the largest and most culturally relevant music festivals in the world. Each year it attracts 250,000 people across two weekends, features hundreds of artists across seven tents and stages, and showcases some of the largest global artists of the year. Your lineup announcements never fail to create a stir among journalists, pop-culture critics, and discerning festivalgoers.

Each year, millions of people expect you to deliver something unique, something that fits within the cultural moment but still advances said moment, something that’s surprising yet focused, chaotic but not devoid of identity. Depending on who you are, this responsibility may either sound like a dream or a bit of a nightmare. Regardless, it’s the duty of Goldenvoice founder Paul Tollett, who The New Yorker aptly described in its profile as “The Mastermind Behind Coachella.”

This year, against all odds, Tollett and Coachella pulled off a truly original and culturally robust lineup. Much like in 2017 (when Beyoncé cancelled due to her pregnancy), Coachella faced a series of setbacks prior to its lineup announcement. In December, Justin Timberlake was forced to cancel several tour dates due to vocal cords issue. The rescheduled dates of the Live Nation-promoted tour conflict with Coachella’s radius clause, prompting Coachella organizers to make alternate plans (sources tell Consequence that Timberlake was originally attached to play the festival, along with Kanye West and Childish Gambino).

To make matters worse, Kanye West opted out of the festival late in the game due to disagreements relating to his stage setup. According to TMZ, Kanye did not want to perform on the festival’s traditional 40×60-foot stage because it was “artistically limiting.” This isn’t the first time Coachella has had headliners drop last minute (a Rolling Stones cancellation in 2013 delayed the festival’s lineup release by weeks), but it’s certainly a precarious situation to find oneself in just days before announcing, especially considering the heightened expectations the festival has grown accustomed to.

Despite these setbacks, Coachella managed to release its lineup on schedule last night, and its depth and singularity are surprising. There is a reason that Coachella has stuck around for so long, and it lies with its ability to innovate, to take risks, and to understand and respond to the cultural zeitgeist that each year encapsulates.

Ariana Grande with The Roots

Coachella found itself in a precarious position with two headliners dropping prior to the lineup’s release. However, one can’t help but feel that the festival dodged a bullet by swapping out Kanye for Ariana Grande. West felt out of touch as a pick given the cultural moment at present (and his apparent lack of awareness of it); meanwhile, the Grande pick feels fresh and exciting. Her last single, “thank u, next”, reached No. 1, and its video has since become the largest music video in YouTube history. Additionally, no other major festival has booked Grande, and she marks the fest’s youngest headliner to date at 25. She’ll have large shoes to fill following Beyoncé’s game-changing set last year, but better her to try and fill them than Kanye “MAGA” West. Thank u, Kanye (very cool), but unfortunately for u: Next!

Tame Impala, to a lesser extent, serves as another example of a fresh act replacing one that’s already had its moment. The band’s Currents world tour solidified their live set as one of the most innovative and engaging by a rock band in recent years. With a new album on the horizon and a new live show in tow, the band’s graduation to headliner feels like a wise elevation for Coachella and a necessary breath of fresh air. Tame Impala also satisfy a rock niche that’s been slowly tapering off over the years, and everything that the Australian psych rock outfit has exhibited so far tells us that they should find massive success in the desert.

Finally, we have Donald Glover (aka Childish Gambino), the lone headliner who didn’t serve as a last-minute replacement. Glover could not be more culturally relevant in 2019. It seems that everywhere one looks, he pops up. A true modern renaissance artist, Glover’s success with Atlanta and in Solo — coupled with the fact that he’s reportedly doing some of his last gigs as Childish Gambino — only elevates his breadth as a musical performer. When Glover released the music video to “This Is America” back in May, which now has more than seven million views on YouTube, one could envision his Coachella headlining slot opening out of thin air. There is perhaps no artist with their finger as close to the cultural pulse as Glover, and if he decides to release his upcoming album directly before the festival (a la Kendrick Lamar in 2017), it could serve as another unique, once-in-a-lifetime cultural moment.

Coachella’s lineup exhibits, at least on some levels, an awareness of the cultural dialogues taking place over the past year regarding not only gender balance on festival lineups but ethnicity and genre diversity as well. Ariana Grande’s replacing of Kanye West feels like a dodged bullet for the festival and an important moment for insuring female representation. Direct-to-main slots for Solange and Janelle Monáe feel warranted and entirely fitting, and it’s refreshing to see talents such as themselves being allocated the slots that they so readily deserve.

The festival also showcases several international music genres that, up until now, have been relegated to the undercard of lineups, or worse, left off altogether. Several breakthrough Latinx inclusions, such as J Balvin and Bad Bunny, worked their way onto the bill’s second lines while the critically heralded Rosalia and the more traditionally recognized Tucanes De Tijuana both serve as welcome supplements for the genre’s presence. K-Pop is also having a moment with the all-female group known as BLACKPINK occupying prime second-line territory. In a festival landscape that often feels culturally limiting, Coachella has made an effort towards showcasing radically different world genres in top-billed positions.

The underground electronic iconoclast known as Aphex Twin is one of Coachella’s most daring bookings in recent years. Given his relative obscurity and lack of live performances through the last decade, Coachella has satisfied a thirst for something exotic and unmissable, something that drives the lineup home and makes attending the festival a once-in-a-lifetime experience. It’s acts like Aphex Twin that keep even the most discerning festival veterans coming back year after year. The performance also marks Aphex Twin’s first set in Indio since he shared the bill with Prince back in 2008.

Elsewhere, one can gawk at the inclusion of — and no this isn’t a typo — Gucci Gang (the rap super group comprised of Gucci Mane, Lil Pump, and Smokepurpp), Bassnectar (who’ll carry his rabid fan base to the festival for the first time since 2012), and BLACKPINK (the all-female K-Pop group that’s been making waves internationally).

While an act like Tame Impala seemed to be a natural and logical replacement for Coachella, Ariana Grande’s inclusion is the biggest surprise in terms of headliners. Due to her high-profile status, it’s surprising Coachella could pull off booking Grande in such a short time frame. It’s an exciting risk for the festival, one that will likely pay off in dividends.

Coachella’s undercard has always been known to be incredibly dense, and this year is no exception. Wiz Khalifa and Anderson .Paak were relegated to third-line spots, even though both feel like shoe-ins for the second line. Such a phenomenon illustrates the festival’s staying power. Pusha-T also feels like an act that could have reasonably made the second line, given the widespread acclaim of DAYTONA, but, again, it’s such third-line acts that provide the festival with needed depth. Playboi Carti and Cirez D, nestled next to each other on the third line for Sunday, are both bound to be immersive sets in their own right. The former released one of the most intriguing hip-hop albums of the year with Die Lit, while the latter (an Eric Prydz alias) rarely brings his elusive act to major festivals.

Thai funk band Khruangbin join the undercard with Baltimore hip-hop breakthrough JPEGMAFIA and ambient dance music producer Jon Hopkins, both of whom are fresh off critically acclaimed album releases. Other notable additions include Nashville pop rocker Soccer Mommy, New York trap prodigy Rico Nasty, post-punk provocateurs Iceage, and the experimental neo-soul outfit known as Serpentwithfeet. It’s a dense lineup with a lot to be discovered. If you’re a music nerd, there’s much here to be thrilled about, and if you’re more of a casual listener, there’s a lot to discover.

The possibilities for guests this year are vast and plentiful. Ariana Grande’s set will likely feature some of the highest-profile guests of the year. The 25-year-old pop phenomenon has collaborations with J Balvin, Diplo, Zedd, and Childish Gambino, all of whom are performing at the festival. Grande has also collaborated on tracks with The Weeknd, Calvin Harris, and Pharrell, all of whom have performed at Coachella before. Perhaps Grande will bring out the cast of Mean Girls for a live rendition of “thank u, next”?

Diplo’s set could include a headache-inducing number of guests, considering the EDM mainstay’s celebrity status. Let’s just hope he integrates them better than DJ Khaled. Anderson .Paak could bring out a number of west coast figures, including Kendrick Lamar (whom he collaborated with on “Tints”), The Game, and, of course, Dr. Dre. Kid Cudi’s set is unlikely to bring forth Kanye West, given his disagreements with the festival, but there is still room for artists such as Travis Scott and Pusha T to join in on his set. The burning question, though, is whether or not Toto will join Weezer onstage for a joint performance of “Africa”. We can only hope not.

In the lead-up to this year’s lineup release, Coachella was faced with a sink-or-swim moment. With two headliners gone and not much time to fill the voids left behind, they had to act quick. The inclusion of Ariana Grande and Tame Impala was an expertly executed bit of improvisation that will likely serve them well as we look back on the lineup in future years.

This year’s iteration is also more global than ever before, with Latinx and K-Pop acts commanding space in the festival’s top lines. Electronic music found itself on the bill in interesting ways: Dillon Francis and DJ Snake managed to commandeer prime territory in second lines (even though both feel somewhat stale having only performed two years ago) while acts like Aphex Twin, Bassnectar, and Jon Hopkins provide an eclectic alternative to those looking for more cerebral electronic soundscapes. There is a noticeable lack of hip-hop this year, with only Kid Cudi and YG occupying second-line spots.

More than anything, Coachella has illustrated a willingness to listen to its attendees and critics alike and have created a lineup that’s more inclusive both in terms of who gets to play and what type of music will find its way to the festival’s many stages. Some might call some of these moves risky, but they are the types of risks that will likely heap rewards.