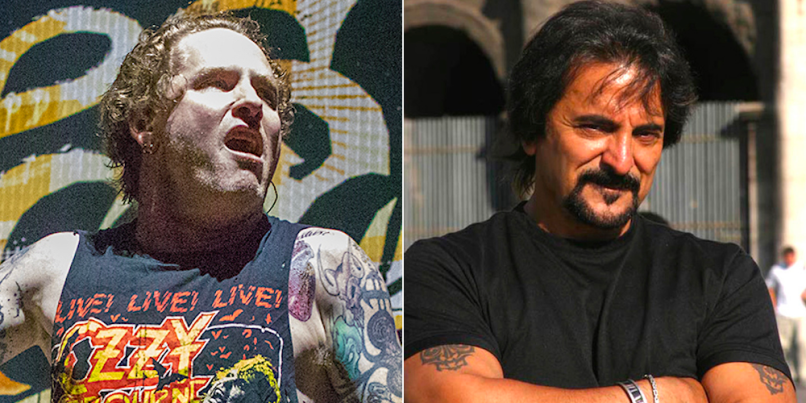 With every new Slipknot album comes new masks, and frontman Corey Taylor has tapped a horror legend to design his mask for the band’s as-yet-untitled upcoming disc, which is expected this summer.

In a recent conversation with Dean Delray of the Let There Be Talk podcast (stream below), Taylor revealed that he has recruited Tom Savini to create his new mask. Savini handled special effects and/or makeup for such movies as Dawn of the Dead, Creepshow 2, Friday the 13th: The Final Chapter, and The Texas Chainsaw Massacre 2, among other films. He also directed the 1990 remake of Night of the Living Dead, and has appeared as an actor in several horror movies.

In the podcast, Taylor first talked about working with Screaming Mad George on earlier masks before getting into his collaboration with Savini on the new mask.

“We work with different people,” began Taylor. “We worked with Screaming Mad George for the longest time. He’s an effects guy from Japan. He did a lot of the special effects for … Big Trouble in Little China. He did a lot of that stuff. But he’s a maniac, he’s an amazing artist. He did the masks for us, for Iowa, Volume 3, he did a little work with us on All Hope Is Gone.

He continued. “I had the privilege this time around, the new stuff that I’m working on, to work with Tom Savini. He’s the godfather to me. Got to hang out with him, got to talk with him. Met him through a friend who actually works with him. And the three of us were kind of developing this new mask together so I’m kind of f–kin’ chuffed on that.”

Update 2/4: Corey Taylor has shared an Instagram slideshow of Tom Savini and his team working on the new mask. See below:

Since I can’t show you the mask yet… here’s what we go through to have them made. So killer working with @thetomsavini @bakingjason and @necrodisco good people! Photo: @stubs_dsm

Taylor offered a small tease of the mask on Instagram around Christmastime, but the pic didn’t reveal much. Slipknot hit the studio earlier this month to record the new album, having already released the surprise single “All Out Life” back on Halloween. The band will embark on a European tour this summer.