Danny DeVito on Tim Burton’s Dumbo: “I believe this is the completion of the Circus Trilogy”

The veteran actor digresses on his enduring relationship with the filmmaker 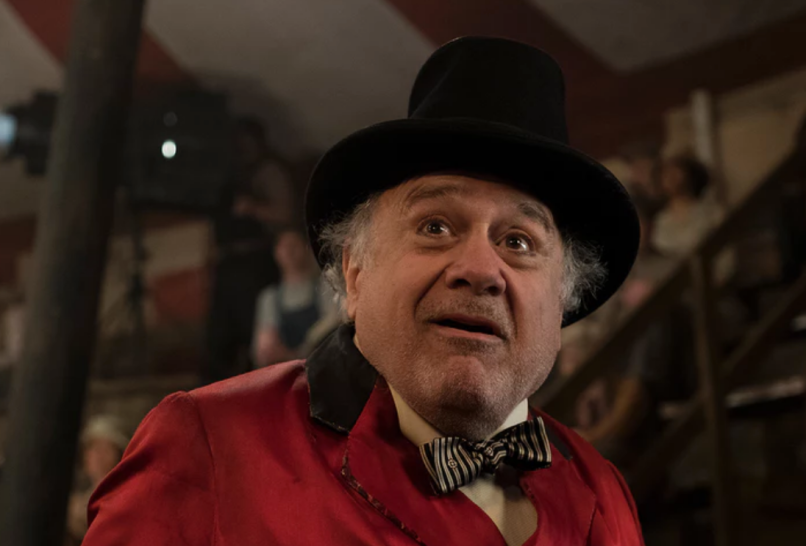 Tim Burton has traditionally leaned hard on his rogues gallery of familiar faces. Johnny Depp, Helena Bonham Carter, Michael Keaton, and the list goes on. One oft-forgotten name is Danny DeVito, who reunites with the filmmaker in March for Dumbo, completing a special run with Burton.

“I believe this is the completion of the Circus Trilogy,” DeVito told Collider. “I don’t know, when he called, he said exactly that. He said, ‘We got to complete the Circus Trilogy.’ I was so excited because I’m a big fan of Dumbo. I love Tim, and I would do anything to be in a movie with him. I don’t know why he thinks of me like that, though.”

DeVito and Burton’s relationship began with 1992’s Batman Returns, where he played the villainous Penguin, leading his clan of arctic circus freaks against Keaton’s Dark Knight. The two reunited four years later for a bit role in Mars Attacks!, though it was right back to the circus in 2003’s Big Fish, where he played ringmaster Amos Calloway.

(Check Out: Filmography: A Filmmaker’s Podcast That Will Soon Cover Tim Burton)

With Dumbo, DeVito plays another ringmaster in Max Medici, and he says his connection with Burton hasn’t waned. “I’ll get emotional thinking about how much I care about him,” he admitted. “Always spirited, always an artist, always thinking about the craft. Always just painting with his mind. I feel like I’m part of a pallet, a color scheme in Kandinsky’s world.”

He went on to share a touching anecdote about their first meeting:

You see him work, and right from the very beginning, with Batman, I remember the first meeting we had was so great. He had a painting of circus stripes, red and white, just beautiful, just a big canvas. And on a circus ball was this creature, and there was a caption that said, ‘My name is Jimmy, but they call me The Hideous Penguin Boy.’ It was so moving. He’s never changed.

When you talk about things, when you discuss what’s going on, like with Big Fish and even Mars Attacks!. Mars Attacks!, I went to Vegas for four nights. What’s bad about that? That was a lot of fun, too. And you know he’s in [DeVito’s directorial debut] Hoffa. People didn’t know that in the beginning but he was in the coffin. It was really a cool moment. But it’s always the same. We don’t see each other for a really long time and then we just pick up, it’s that kind of friend.