Plus, the D.C. power trio hits the road in April 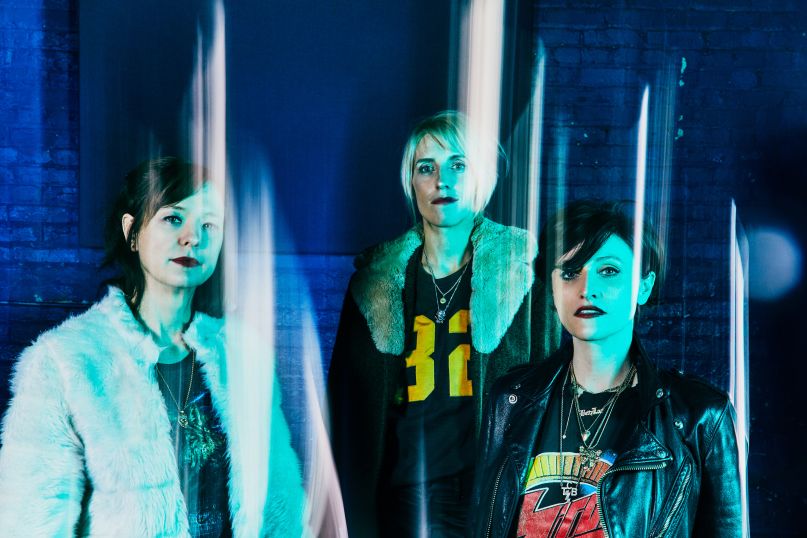 Ex Hex, the DC power trio comprised of Mary Timony, Betsy Wright, and Laura Harris, have announced a new album, their first since the band’s 2014 breakthrough, Rips. Called It’s Real, the LP is due for release on March 22nd via Merge Records.

Described as “a reaction to the blown-out aesthetic of Rips,” It’s Real embraces layered vocal harmonies, art rock flourishes, and drawn-out codas that emphasize the band’s loud, glammy riffs. The trio re-teamed with Rips producer Jonah Takagi for the album, which is built upon “dozens” of guitar amps, including a bygone Rockman. “It’s only about the size of a Walkman and takes eight AA batteries, but it sounds massive,” Timony said in a press release. “We read that parts of [Def Leppard’s] Hysteria were tracked through it, and when we finally plugged it in, it blew our minds!”

Lead single “Cosmic Cave” pairs bold, shimmering guitars and rip-roaring solos with the kind of chorus that turns tapping toes into dancing ones. Hear it below.

Ex Hex will hit the road in support of It’s Real in April, touring the states before hopping a plane to England for a handful of dates. Check them out below.