Film Review: Brexit Takes An Engaging But Ultimately Shallow Look At the 2016 Vote 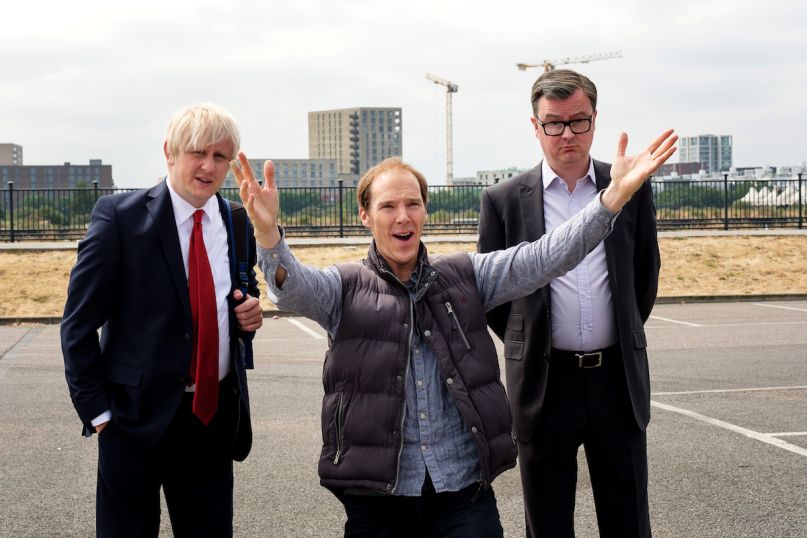 The Pitch: A few months before Donald Trump’s election rocked the US, the UK had its own shocking 2016 election result in a referendum on whether or not to leave the European Union. The movement known as “Brexit” passed with a 51.9 percent majority, thanks to some eccentric politicians and some lesser-known behind-the-scenes machinations. HBO’s new original film Brexit focuses on the latter half of the equation, telling the largely untold story of Dominic Cummings (Benedict Cumberbatch), the director of the official Vote Leave campaign, who, at least according to this film, may have singlehandedly changed the course of modern British history.

The Controversy: The release of Brexit has been accompanied by a lot of controversy — particularly in the UK — about whether it’s too soon for a darkly comedic exploration of a major political event that’s still very much in flux. (The most recent Brexit-related parliamentary vote took place this week.) Brexit writer James Graham has argued that storytelling is “a vital weapon in making sense of the chaos”. Indeed, for those who know little about Brexit itself, Brexit is certainly far more interesting than reading the Wikipedia page about the event. It casts a wide net when it comes to exploring the many factors that may have played a role in Vote Leave’s unexpected success — from the broad appeal of its “take back control” slogan, to Cambridge Analytica-related social media micro-targeting that managed to engage a whole base of non-voters. Yet in giving all of those factors equal weight at a time when the real story of Brexit is still unfolding (including an ongoing investigation into Vote Leave’s possible campaign-finance transgressions), Brexit also runs the risk of missing the forest for the trees.

The Man Behind the Movement: Playing the only three-dimensional character in the film, Brexit is very much Benedict Cumberbatch’s show. He turns in a characteristically captivating performance as yet another prickly genius with questionable people skills. Dominic Cummings is a man who’s guided less so by any kind of inner morality than by the question of whether or not he can achieve the unachievable. A few attempts to humanize Dominic with some domestic drama are thunderously clunky, but the film otherwise paints a compelling portrait of a man smart enough to see that the Brexit referendum is a terrible idea, and immoral enough to try to push it through by any means necessary anyway.

The Verdict: Like Adam McKay’s Vice, Brexit director Toby Haynes uses a darkly comedic, heightened style to make a complex socio-political story more engaging to watch. Corrupt politicians become comedic buffoons. Classical music provides an ironic sense of pomp and circumstance. Wide-angle lenses add to the film’s heightened sense of unreality. It makes for a film that’s entertaining, but at time frustratingly smug. Brexit turns into comedic folly a political subject on which real lives and livelihoods hang in the balance. In its attempts to be “non-partisan”, Brexit also winds up giving more weight to working class economic woes than it does to forces like racism and xenophobia. And as funny as it is to watch politicians like Nigel Farage and Boris Johnson rendered as clowns, it’s hard not to feel like the film is letting them off the hook for their role in Britain’s current political mess.

Because it covers so much ground, Brexit can’t help but stumble across some fascinating ideas along the way, particularly when it delves into data-mining and social media micro-targeting. But for as engaging as the film is in its best moments, its breadth-over-depth approach leaves the whole thing feeling glossy but a little hollow.

Where’s It Playing? Having already aired in the UK, Brexit debuts stateside on HBO on Saturday, January 19 at 9 p.m. ET.