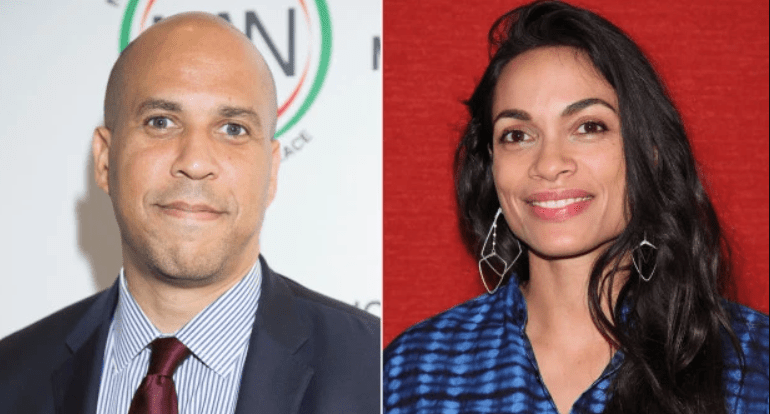 New Jersey Senator Cory Booker is widely considered to be a Democratic presidential frontrunner for 2020. Beyond the real-world political implications of a Booker victory, it could also mean a new title for actress Rosario Dawson: First Lady.

According to Page Six, Booker and Dawson are dating, and apparently things have gotten pretty serious. The couple was spotted out and about in New York City over the weekend and attended a Broadway performance of Dear Even Hanson.

Like Booker, Dawson falls on the left side of the political spectrum. A self-proclaimed political activist, she previously endorsed Barack Obama and Bernie Sanders for president. If she and Booker were to remain together through next summer, Dawson could very well find herself immersed in the chaos of a president political campaign.

Dawson previously dated comedian Eric Andre, but they broke up in late 2017. Perhaps now Andre will have a better chance getting into the DNC…