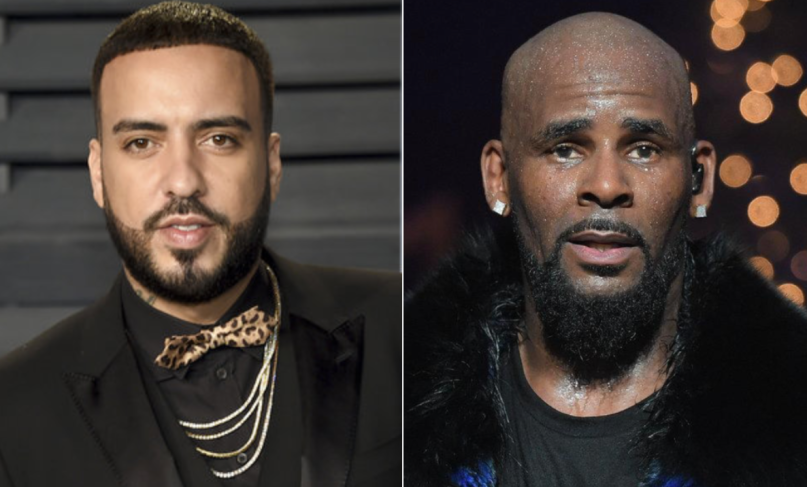 The airing of Lifetime’s Surviving R Kelly docu-series has prompted several musicians and former collaborators to finally distance themselves from the controversial R&B singer. The likes of Lady Gaga, Chance the Rapper, and Phoenix have all publicly apologized for working with Kelly and vowed never to do so again. Meanwhile, John Legend declared Kelly “a serial child rapist.”

At least one musician is sticking by Kelly, however. TMZ caught up with rapper French Montana in Los Angeles over the weekend. While Montana acknowledged that Kelly is likely a sexual predator — he pointed to the lyrics in Kelly’s song “Bump N’ Grind” as evidence — Montana also said Kelly should be allowed to “enjoy [his] legacy.”

“They don’t let nobody have their legendary moments. They did Michael Jackson like that, they did R Kelly like that,” Montana said. “All the greats went down like that. Let somebody enjoy their legacy. Whatever happened, happened, man.”

Montana also noted that Kelly “went to court of law and won,” an apparent reference to his 2008 acquittal on 21 counts of child pornography.

Update – 5:45 p.m. ET: Montana has issued a statement in an attempt to clean up his problematic comments about Kelly. He said, “Let me clear. My heart is with the victims. I never thought the people I looked up to as a kid, who sang and danced and gave me hope to become a superstar would become drug addicts, child molesters and rapists. I am hoping we as a culture create better leaders. We need them.”

What Montana failed to mention is that Kelly is facing renewed scrutiny and legal questions following the premiere of Surviving R Kelly. The Fulton County District Attorney’s Office in Georgia has reportedly opened an investigation in response to the stories of assault, imprisonment, and other misconduct detailed in Surviving R. Kelly, while prosecutors in Chicago have asked Kelly’s alleged victims to come forward. He’s already been visited by Chicago police not once, but twice this week.