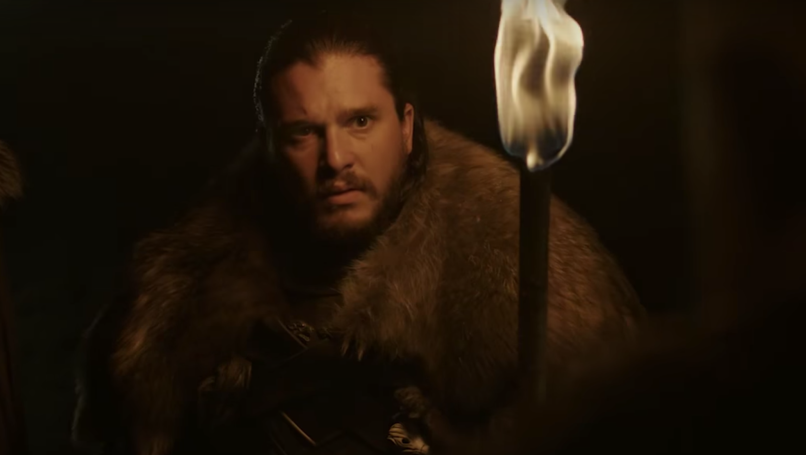 Mark your calendars: The eighth and final season of HBO’s Game of Thrones will premiere April 14th.

The premiere date was unveiled in a new teaser trailer, which aired prior to tonight’s season three debut of True Detective. The teaser depicts Jon Snow, Sansa Stark, and Arya Stark in the crypts of Winterfell, where they encounter fallen heroes of their past. Watch it below.

HBO chief Richard Plepler has described the GOT’s six-episode eighth season as consisting of “six movies.” “The reaction I had while watching them was, ‘I’m watching a movie,'” Plepler remarked. “They knew the bar was high. They’ve exceeded the bar. I’ve watched them twice without any CGI and I’m in awe. Everybody’s in for an extraordinary treat of storytelling and of magical, magical production.”

In related news, a Game of Thrones prequel series starring Naomi Watts is currently in production, with a premiere slated for 2020. The as-yet-untitled series takes place “thousands of years” before the events of Game of Thrones, and will follow Westeros’ transition from the Age of Heroes to a time of darkness.