Greta Van Fleet gets swallowed by the stage and trolled by Colin Jost on Saturday Night Live: Watch 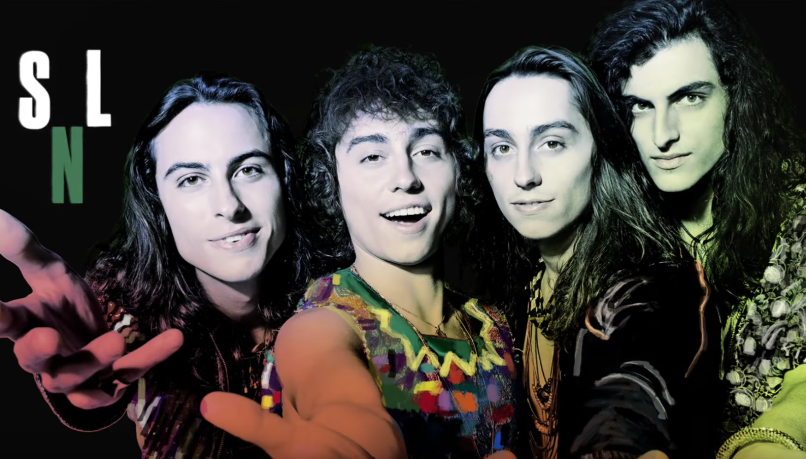 Greta Van Fleet didn’t exactly conquer Saturday Night Live. The Michigan outfit kicked off 2019 for the series, but were anything but festive, performing their Grammy-nominated hit “Black Smoke Rising” and new single “You’re the One” with lifeless anonymity.

Frontman Josh Kiszka, in particular, was incredibly stoic and appeared dwarfed by the vacuous stage. Admittedly, things improved for “You’re the One”, but they’ll wanna work on their stage show if they have any hopes of jamming in the future with Macca.

Of course, it didn’t help that they were trolled by Weekend Update’s Colin Jost, who joked: “Sunday night will bring a Super Blood Wolf Moon, which is a rare lunar eclipse, and not, as I had assumed, the name of the band that just performed on our show!”

In related news, Kiszka spoke to Rolling Stone about “setting some ground work” for the band’s follow-up to last year’s debut, Anthem of the Peaceful Army, which they hope to release in 2019. As he explained, “We can’t wait to explore a little more of the Greta Van Fleet universe.”

Read our own interview with bassist Sam Kiszka in which he discusses the band’s debut album, dealing with sudden fame, the polarizing reaction from music fans, and carrying the torch for rock ‘n’ roll.