Grimes, Azealia Banks to be subpoenaed in class action lawsuit against Elon Musk 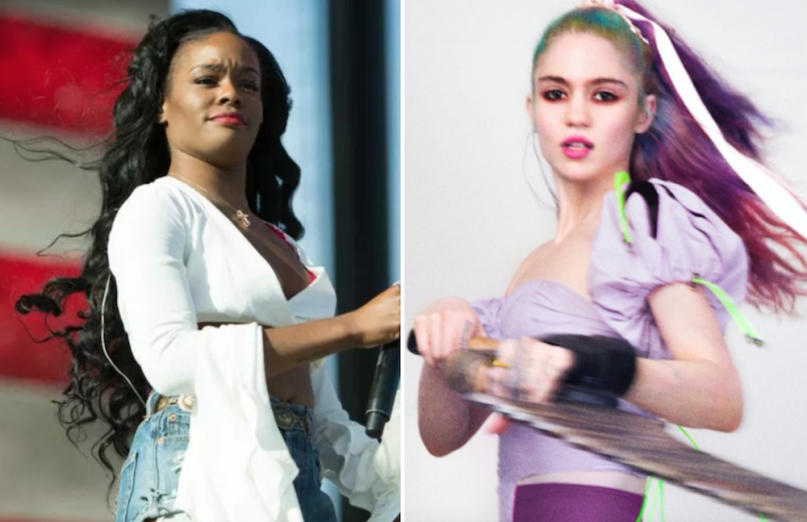 Tesla founder Elon Musk got himself into a lot of trouble with investors and the SEC back in the summer of ’18 when he tweeted plans to take his electric car company private. Both parties accuse the billionaire entrepreneur of fraud, with the former filing a class action lawsuit against him for making “false and misleading statements.” Now, rapper Azealia Banks and Musk’s musician (ex? still fuzzy on this) girlfriend, Grimes, have been pulled into the suit and are soon to be subpoenaed.

To recap: Musk sent out a tweet in early August that he had “funding secured” to take Tesla private at $420 a share. Apparently, he thought the number would amuse Grimes, who had taught him the meaning of 420 in marijuana culture. Later that month, Banks revealed that she’d spent a harrowing weekend like “a real [life] episode of Get Out” with Grimes at Musk’s house, right when the infamous tweet was sent. The rapper told Business Insider that she saw Musk “scrounging for investors” after tweeting, and alluded on Instagram that he may have written the message while on acid.

None of this was good news for Tesla, which took a beating on the stock market. Investors were understandably livid, and a group of them are now suing the company and its founder. As Business Insider reports, lawyers for the plaintiffs have been granted permission by the court to subpoena Banks and Grimes, as well as their own company, The New York Times, and Gizmodo (the latter two of which interviewed Musk regarding the tweet), in the case.

The subpoenas are specifically geared toward preserving documents, meaning Grimes and Banks wouldn’t be allowed to destroy anything that might be viewed as evidence. This includes any documents that may be in their possession, including text messages, Instagram posts, and tweets. Lawyers for the investors argued that social media posts and texts are “highly susceptible to deletion.” While the court agreed, the filing also noted that “claim that Defendants have a practice of trying to silence critics is not well supported” and it was “largely speculative” that Banks may have been pressured to destroy such evidence.

Not long after Banks’ initial story went public, she apologized to Musk for causing him all this trouble. Well, the karma has come around, and now she better be apologizing to the mirror.

We’ve reached out to representatives for both Banks and Grimes for more information.