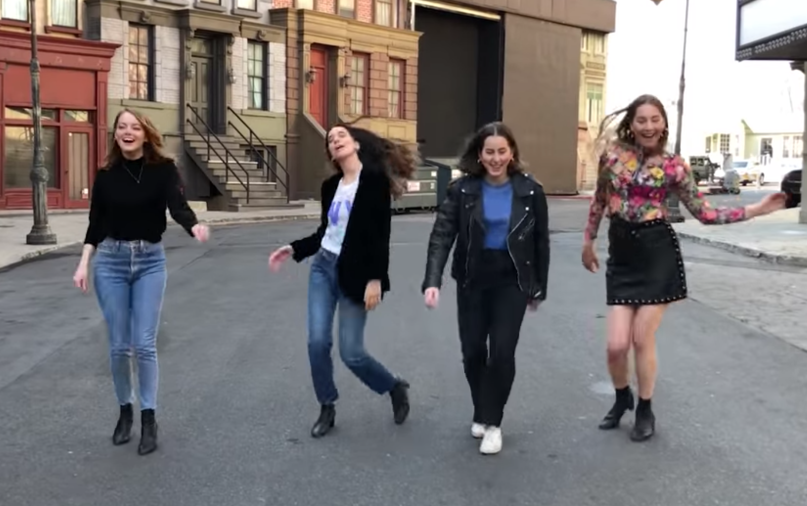 Prior to Thanksgiving, The Spice Girls announced a stadium tour for this coming summer. Of course, Victoria Beckham, a.k.a. Posh Spice, won’t be around to brood, but that lack of doom and gloom should make the dates even sunnier. Though, what would really add some pep to your step would be seeing them with both Academy Award winner Emma Stone and all three sisters in HAIM.

For one person it will be a reality. The newly minted gang of four have partnered up Omazing to raise money for a bunch of charities by offering their fans a chance to win a gig of a lifetime. One lucky winner will be flown out to London, where they’ll stay in a four-star hotel, ride to the Spice Girls show with Emma Stone and HAIM, and then head backstage to meet the Spice Girls.

To drum up hype, Stone, Danielle, Alana, and Este have put together a pretty hilarious promotional video, which finds the stars recreating the iconic video to The Spice Girls’ “Stop” on what appears to be the Warner Bros. studio lot. Whoa, maybe Stone can go around the corner and visit the coffee shop her La La Land character used to work at. All joking aside, it’s a fun bit.

Watch below and enter the contest here.