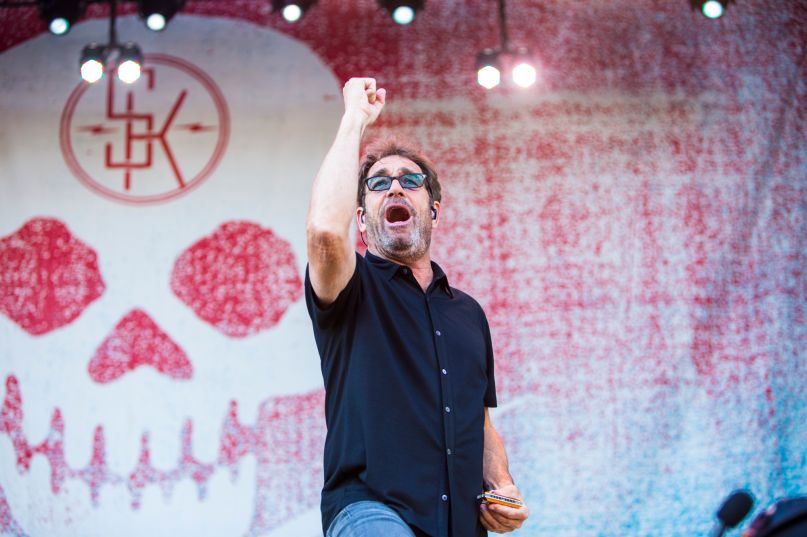 Huey Lewis and the News // Photo by Philip Cosores

Huey Lewis and the News are back and ready to release their first new album in almost two decades. The legendary ’80s rock outfit has signed with BMG in anticipation of their first collection of original songs since 2001’s Plan B.

“We’re very excited about our new album, and honestly feel that it’s among our best work – we cannot wait to get it out to fans!” Lewis says in a press release. “We’re equally excited to be with BMG, whose reputation as a ‘music-first’ label precedes them admirably.”

The news comes less than a year after Lewis was forced to cancel 40 dates after being diagnosed with Meniere’s Disease, an inner ear disorder that can result in vertigo, tinnitus, and ear pressure. He first experienced the symptoms during a Dallas gig last March.

“Two and a half months ago, just before a show in Dallas, I lost most of my hearing,” he wrote in a Twitter statement last April. “Although I can still hear a little, one on one and on the phone, I can’t hear music well enough to sing. The lower frequencies distort violently making it impossible to find pitch.”

In October, Lewis returned to the stage for the first time to perform “Hip to Be Square” at a golf event. However, Lewis told his fans earlier this month, “I can’t hear enough to sing, so we have no gigs booked,” adding, “I hope I can get better.”

Fortunately for him and his fans, his current condition has not stopped him from recording new music. The album is due this spring and will mark the band’s first new original tunes since their titular track for 2008’s Pineapple Express.

And with Ghostbusters also making a comeback, perhaps Lewis might want to finally write an original anthem for the franchise? You know, one where he doesn’t get royalties thanks to copyright law? Food for thought, Lewis.

Previous Story
Lady Gaga rips Mike and Karen Pence: “You are the worst representation of what it means to be a Christian”
Next Story
Panda Bear on How Success Affected Animal Collective
Popular
More Stories
[fu-upload-form form_layout="media" title="Submit Your Photo"][input type="hidden" name="ugc" value="1"][/fu-upload-form]