I’m With Her share the Origins of new song “Call My Name”: Stream 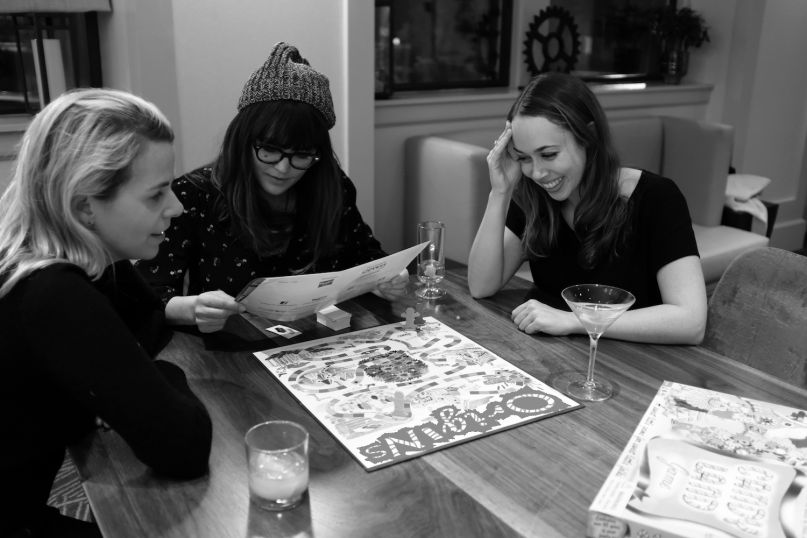 I'm With Her Origins, photo by Jody March

Origins is a recurring new music feature that finds us tasking an artist we love with sharing what inspired their latest song.

There’s something about the folk scene that makes it the perfect cradle for collaborations. The whole idea of Americana, after all, is birthed in the idea of blending traditions that form the roots of the American sound. Given that, it’s unsurprising that folk musicians seem to form supergroups at a rather radical rate.

One of the genre’s biggest joint success has been I’m With Her, formed when Sara Watkins, Aoife O’Donovan, and Sarah Jarosz teamed up in 2014. The trio of powerful voices had impressive careers in their own rights, but their talents together are even more captivating, as they demonstrated on their acclaimed debut full-length, 2018’s See You Around.

Today, I’m With Her are back with a new single that shows how they’ve grown alongside each other as artists. Produced by Mike Elizondo (Regina Spektor, Fiona Apple) and recorded at Nashville’s Emporium Studios, “Call My Name” captivates from the first notes of simple humming by the three vocalists. Their voices are swaddled in gentle reverb as they deliver bewitching harmonies, a subtle production trick that highlights the psychedelic tension of the song. With Wurlitzer and fiddle dancing beside one another in the glow of a desert fire, meditative drumming centers the ethereal composition.

It is, of course, the gliding vocals of Watkins, O’Donovan, and Jarosz that continue to stun, their interplay as magical as anything done in the instrumentation. Take a listen below.

For more on what went into “Call My Name”, each member of I’m With Her shared two of their personal Origins stories behind the track.

There are a few moods in the song. While writing it somewhere in the middle there, we had this image of a figure walking away, in the desolate darkness. Just out in the desert — seemingly without direction. — Sara Watkins

When we were writing the song, my interpretation of it was that it was about two clearly defined (in my mind) people. But now when I think about the lyric, I feel that much of it I relate to as dichotomy within myself. — SW

I really think the imagery comes through in a vivid way on this song — the covers pulled over your head, a bead of sweat running down your neck, a patch of quilted leaves under an opalescent sky… I almost think of this song as a projected slideshow describing the push and pull of a relationship. — Sarah Jarosz

This song is unique in our writing catalogue because it’s the only song we’ve written smack dab in the middle of a year’s long tour. All of our other writing was focused and confined to retreat style writing sessions. We had one day last August set aside to write this song, so we convened in a small hotel room in Breckenridge, Colorado and came up with most of the lyrics and melody in an afternoon. Aoife had developed the initial guitar hook on piano, and it all kind of grew from there. In a way, I think the limited time we had to write this song was beneficial to the subject matter — that is, the flustered feeling you can get while trying to balance even the most loving relationship. — SJ

This track is a result of a real collaboration with producer Mike Elizondo. We had two days in the studio and a finished song, but we had no idea how it was going to turn out. Mike’s approach to recording and producing the track was incredible. We gave him a few reference points (there’s a funny Instagram video of Jarosz and I playing the congas as Watkins looks on disapprovingly), and he created a beat that became the bed of the entire song. Having never recorded in this way as a band, it sets “Call My Name” apart in its sonic landscape and feel, while retaining the intimacy that has become a cornerstone of our band. — Aoife O’Donovan

“Leader of the Pack” — The Shangri-Las:

It’s always funny to reference other songs when talking about inspiration for an original song, but in this case, it’s totally appropriate. The song begins with solo voices singing in unison, with a vintage sound. This hook is repeated throughout the tune, passed around to guitar, Wurlitzer, and fiddle. I remember mentioning the old track from the sixties “Leader of the Pack” (which was the first song I ever sang at Karaoke at the age of 9). It starts with a solo female voice humming to herself before the groove drops. It was a definite influence on what we ended up with. — AO