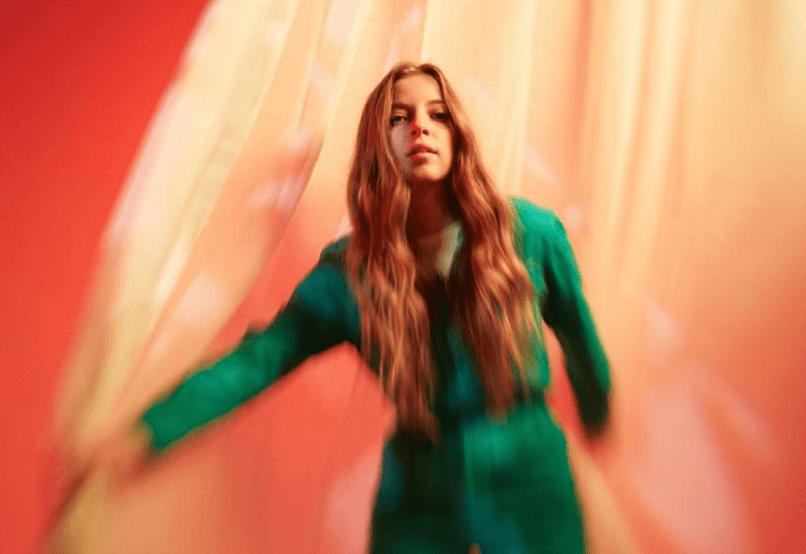 Rising folk artist Jade Bird is following up her acclaimed 2017 EP, Something American, with her first-ever full-length album. The self-titled LP is due out April 19th through Glassnote Records, which has in the past put out records from Childish Gambino, Mumford and Sons, and CHVRCHES.

The forthcoming debut album is comprised of 12 songs, all penned by Bird and produced by Simone Felice of The Felice Brothers and David Baron (Bat for Lashes, Shawn Mendes). Early singles “Uh Huh”, “Lottery”, and former Song of the Week candidate “Love Has All Been Done Before” are included on the project.

“This album is my experience, direct and undiluted, of the past two years,” the 21-year-old Bird explains in a statement. “Every decision I’ve made has culminated into this magical process, just as every word I’ve written has spun into these songs. It changes in style, like most of my music, and tries to dodge boxes and genres but the consistency is me — a young woman really trying to figure it out.”

To coincide with the album announcement, the British singer-songwriter has revealed a new single, “I Get No Joy”, which sees her voice ascend great heights with conviction.

“This song is about the stream of thought that runs through your head at all times as an over thinker,” comments Bird. “It’s about how that gets in the way of being present in the moment and ultimately ‘getting no joy’ and about the frustration of everyone’s cliché of happiness not making you feel fulfilled either.”

In support of her new album, Bird will tour North America in the spring. Dates include supporting slots for Hozier, as well as festival sets at Georgia’s Shaky Knees, Hangout Fest in Alabama, and the famed Newport Folk Festival in Rhode Island.