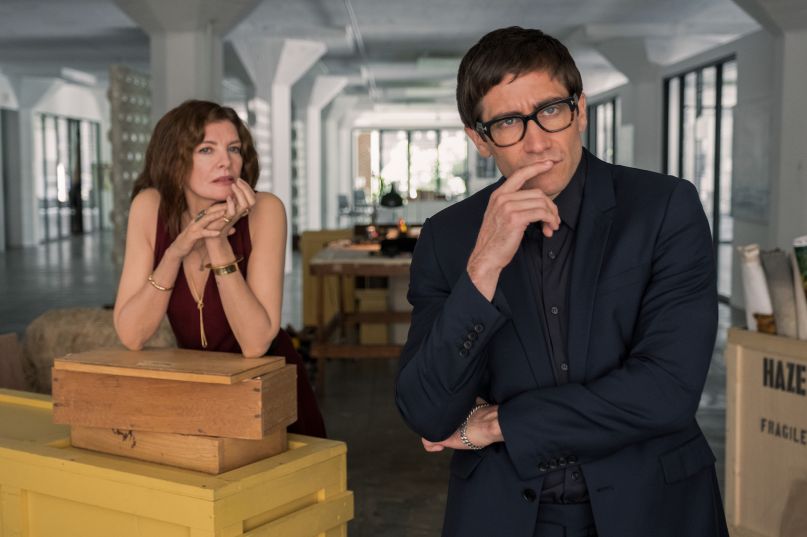 It’s been almost five years since 2014 Filmmaker of the Year Dan Gilroy turned Los Angeles into a nightmarish playground with his incredible directorial debut, Nightcrawler. While his follow-up, 2017’s Roman J. Israel, Esq., earned Denzel Washington a Best Actor nomination, it didn’t exactly carry the same kind of dramatic edge of its predecessor, disappointing critics and fans alike. Now, however, it looks as if Gilroy’s right back to where he started with Velvet Buzzsaw, riding shotgun yet again with Jake Gyllenhaal in what can best be described as an arthouse horror film in the most literal sense.

Gyllenhaal plays acclaimed artist Mort Wanderwalf, who spends most of his nights sipping champagne with boujee slime as they all either praise or dress down the latest and greatest art form. Things change, however, when Wanderwalf discovers there’s an unseen supernatural force at hand, one that’s ready to “enact revenge on those who have allowed their greed to get in the way of art.” Judging from the trailer below, it doesn’t take long for his A-list costars — Rene Russo, John Malkovich, and Toni Collette, coming off 2018’s Performance of the Year — to see that things aren’t all they appear to be.

“It’s got a The Player vibe to it,” Gilroy told Business Insider back in 2017, referencing Robert Altman’s 1992 hit. “There’s a large cast and we’re moving around from person to person as we move through this world. The story is being told through these different characters.” He’s certainly not wrong. The Player was similarly a satirical jab at a high-brow scene, following an executive played by Tim Robbins, who starts receiving random death threats and must navigate a setting chock full of countless stars in all kinds of cameos and supporting roles. This looks like that, but with much more horror.

Watch the trailer below and catch it on Netflix and in limited theaters on February 1st. The film will make its debut at this year’s Sundance Film Festival, which goes down on January 25th in Park City, Utah.