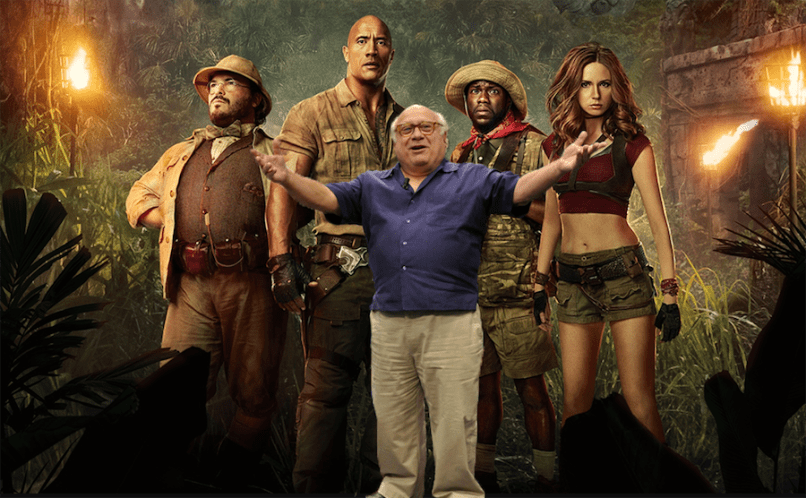 Sony won the game of Jumanji: Welcome to the Jungle it played with Dwayne Johnson, Karen Gillan, Jack Black, and Kevin Hart, with the film having become the studio’s biggest-ever title in the U.S. Now, as is custom, a rematch is order. A sequel is coming soon, and its returning foursome will be joined by a few high-profile names.

Variety reports that Danny DeVito, who’s spent the majority of his latter-day career swilling beers with the It’s Always Sunny sect, will join the cast. In a statement about the casting, Johnson references the way Jumanji‘s characters are transformed into not-so-fitting adult avatars when they’re transported into the movie’s namesake video game. “The magic of Jumanji is who becomes who,” he said. “And the idea of Danny DeVito joining our cast was too irresistible and something we knew we wanted to deliver to our audience this upcoming Christmas.”

Yesterday, Sony announced that Crazy Rich Asians star Awkwafina would also be joining the cast. Jake Kasdan will return as director, guiding the film towards a release date of December 13th, 2019.