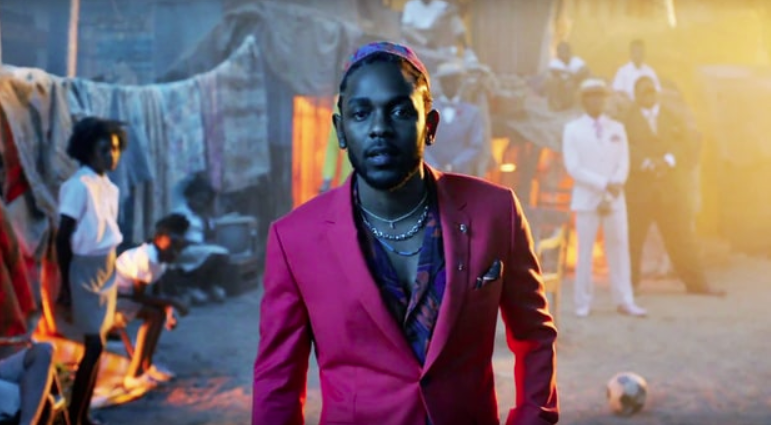 Kendrick Lamar in "All the Stars" video

Kendrick Lamar has a number of major accolades to his name, including 12 Grammy Awards and a Pulitzer Prize. The Compton rapper could soon add Academy Award winner to his CV, as he is up for Best Original Score at the 2019 Oscars.

Kendrick and SZA’s collaboration for Black Panther, “All the Stars”, is among the five finalists in the category. Their biggest competition is undoubtedly “Shallow”, Lady Gaga and Bradley Cooper’s smash duet from A Star is Born, which already captured Best Song at the 2019 Golden Globes.

Other Oscar nominees for Best Song include David Rawlings and Gillian Welch for “When A Cowboy Trades His Spurs For Wings” (The Ballad of Buster Scruggs); Diane Warren for “I’ll Fight” (RBG); and Scott Wittman and Marc Shaiman for “The Place Where Lost Things Go” (Mary Poppins Returns).

Radiohead’s Thom Yorke, Sade, Jónsi, and Sampha were all on the shortlist for Best Original Song, but failed to receive a nomination.

As for Best Original Score, nominees include Alexandre Desplat for Isle of Dogs; Ludwig Goransson for Black Panther; Terence Blanchard for BlackKklansman; Nicholas Britell for If Beale Street Could Talk; and Marc Shaiman for Mary Poppins Returns.

Winners of the 2019 Academy Awards will be announced on Sunday, February 24th (click here to see the full list of nominees). Below, revisit Kendrick and SZA’s video for “All the Stars”.