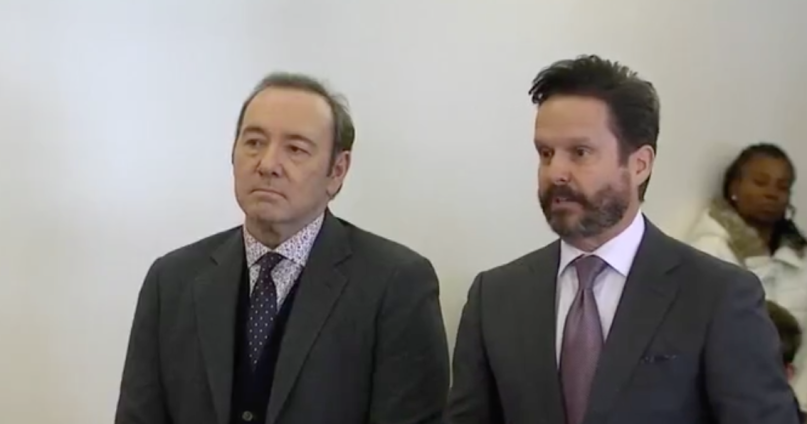 On Monday, Kevin Spacey appeared in Nantucket, Massachusetts District Court, where he was formally arraigned on charges of felony sexual assault.

Unruh has accused Spacey of purchasing alcohol for her son until he was drunk and then sticking his hand inside of her son’s pants and grabbing his genitals. Prosecutors say they have video of the alleged assault, which occurred at the Club Car Restaurant on Nantucket.

If convicted, Spacey could serve up to five years in prison and could also be required to register as a sex offender. Spacey did not enter a plea during today’s hearing; however, he has long maintained his innocence and promised he would be vindicated.

Spacey had sought to avoid attending the arraignment in person, arguing that his presence would “amplify the negative publicity already generated in connection with this case.” A judge disagreed with Spacey’s argument and ordered him to attend the arraignment. He will not, however, be required to attend the next pre-trial hearing scheduled for March 4th.

You can watch video of the arraignment below.

Spacey is also the subject of criminal investigation in Los Angeles and in England for other alleged sexual assaults.