Brandi Carlile, Courtney Barnett, and Erika Wennerstrom on the Past, the Present, and the T-Shirts 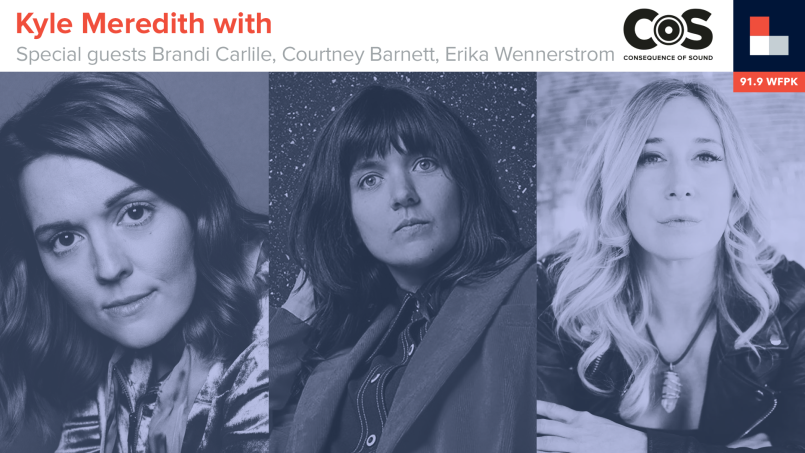 The latest Kyle Meredith With… is a special triple episode, featuring three musicians — Brandi Carlile, Courtney Barnett, and Erika Wennerstrom — who all have brand-new records out recently. Carlile discusses her politically charged single, “The Joke”, and the idea of radical acceptance and forgiveness and revisits her album The Story. Barnett talks about the shift in her songwriting toward bigger worldwide issues, her tee shirt collection, and the chances of her and Jen Cloher (Australian singer-songwriter and Barnett’s wife) doing an album together in the future. Finally, Wennerstrom shares what it’s been like taking time away from the Heartless Bastards, how trips to faraway lands influenced the writing of her new record, and the mythos of the highway.

Previous Story
FX unveils first teasers for What We Do in the Shadows TV series: Watch
Next Story
Song of the Week: Noname Breaks Down What It Means to Be Real in “Song 31”
Popular
More Stories
[fu-upload-form form_layout="media" title="Submit Your Photo"][input type="hidden" name="ugc" value="1"][/fu-upload-form]