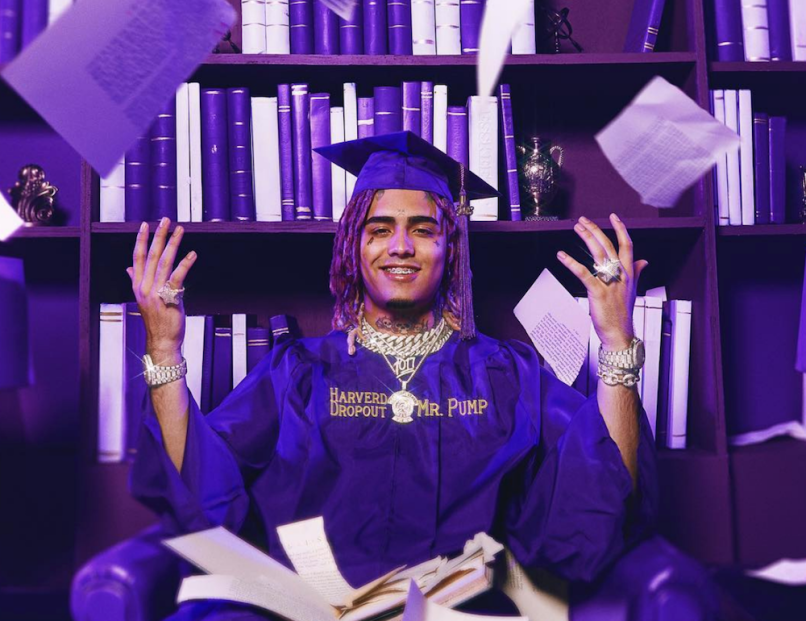 Lil Pump has finally set a release date for his new album, Harverd Dropout. The long-awaited LP will hit streets on February 22nd. Its accompanying cover artwork, which features the rapper in graduation garb, has also been revealed below.

Harverd Dropout follows Pump’s 2017 self-titled LP. A tracklist hasn’t been confirmed yet, but the MC has shared a few songs in the months leading up to the new album, including his absurd Kanye West collaboration “I Love It” and his controversial “Butterfly Doors” from just a few weeks ago.

Today’s album announcement follows weeks filled with legal woes and drama for Lil Pump. In December, he was arrested for disorderly conduct after being accused of bringing drugs on an airplane (though, it turned out there were no drugs). November, meanwhile, saw one of his UK shows get evacuated when someone tossed multiple smoke flares on the stage. These setbacks led to the cancellation of his Harverd Dropout tour.

Following the release of Harverd Dropout, Lil Pump is scheduled to appear at Coachella, where he, Gucci Mane, and Smokepurpp are expected to debut their new collaboration under the name “Gucci Gang”.

Revisit “I Love It” below.