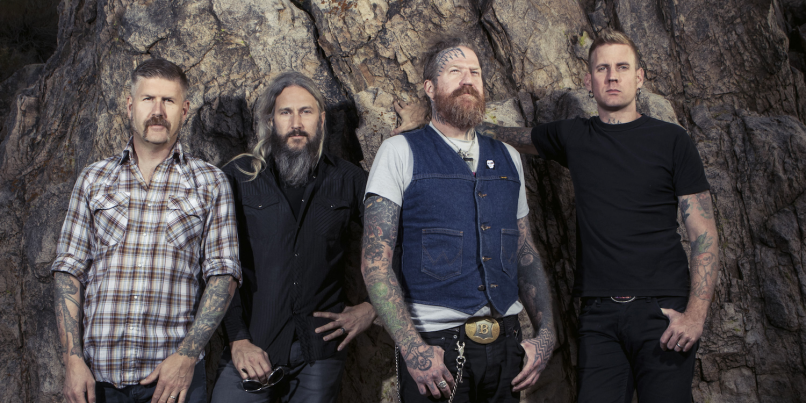 Back in August, drummer Brann Dailor told us that Mastodon would begin working on material for a new album in early 2019, but it looks like they got a head start after canceling their fall US tour. A new report suggests that the band will drop a new song as early as this month.

According to Kerrang!, Mastodon are planning to release a new song prior to their tour of the UK and Europe, which kicks off January 14th in Belfast. Guitarist Bill Kelliher told the magazine that the track is “a basher” and “brutal,” and Dailor added, “It’s as heavy as I’ve heard us in a while.”

Kerrang! also reports that Mastodon gathered in a studio in Atlanta last month to begin working on new material. The new song apparently includes guest vocals from Neurosis singer Scott Kelly, who has collaborated Mastodon several times in the past.

When we spoke with Brann Dailor in the summer, he told us, “We’re always a work in progress, trying to figure out what we’re going to do next. We’re letting the ideas just come and setting them to the side for future work, and once in a while just sort of saying out loud what those ideas might be — whether they’re collected onstage when we’re doing soundcheck or if they are something that gets worked on backstage. You hear somebody noodling, and you’re like, ‘Oh, what’s that?’ Whenever the ears perk up to either [guitarists] Brent [Hinds] or Bill [Kelliher] doing something backstage, that’s always a nice little surprise.

He added, “Once we get home, and we decompress from the Emperor of Sand tour cycle, sometime early next year, we’ll start dumping out the riffs and seeing what’s new and seeing what’s fresh and what we’re digging on, and then we’ll just start working — do what we normally do.”

Shortly after that interview, Mastodon canceled their fall tour with Dinosaur Jr. due to a “critical situation of a member of the Mastodon family.” It was soon revealed that their longtime manager, Nick John, was battling pancreatic cancer. He passed away in early September.