Megadeth’s big announcement is a greatest-hits album, Warheads on Foreheads 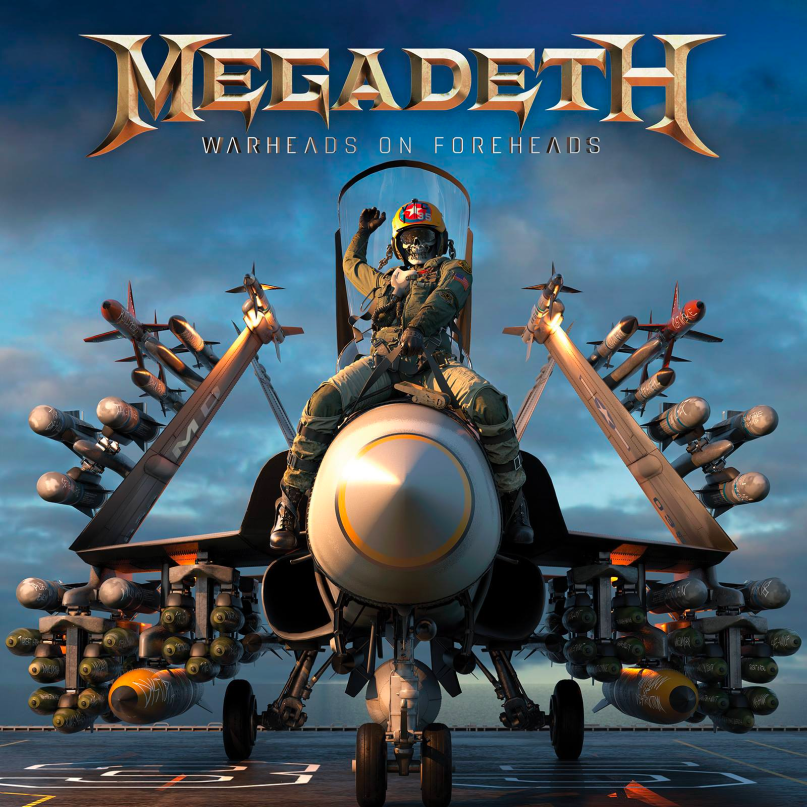 Megadeth - Warheads on Foreheads, via UMe

Last week, Megadeth teased a January 11th announcement with a cryptic video showing footage of vintage bombers and featuring a riff from the Rust in Peace track “Take No Prisoners”. While it was speculated that the revelation may have to do with the band’s upcoming 16th album, it turns out the announcement is actually a greatest-hits disc titled, Warheads on Foreheads, due March 22nd.

No tracklist has been revealed yet, but Warheads on Foreheads will contain 35 remastered songs handpicked by frontman Dave Mustaine himself. The artwork, which can be seen above, features the band’s longtime mascot, Vic Rattlehead, riding on a bomber plane Dr. Strangelove style. Pre-orders will be available to members of the band’s Cyber Army fan club beginning January 25th.

Meanwhile, Megadeth continue work on their new album, as Mustaine recently took a break from social media to concentrate on the new disc. The band will head out in support of Ozzy Osbourne this spring on the next North American leg of the Prince of Darkess’ farewell tour, plus the thrash metal titans will also headline their very own MegaCruise in October.