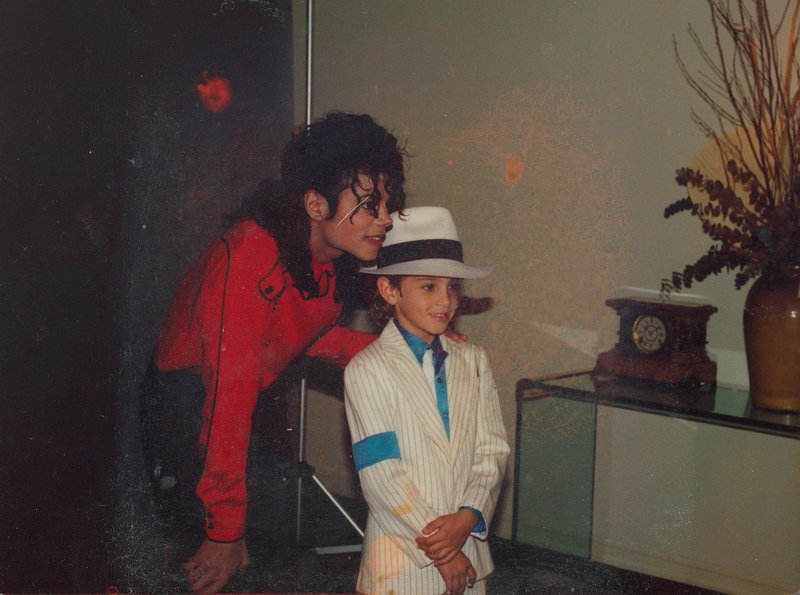 The four-hour documentary details Jackson’s long-running relationships with two boys, James Safechuck and Wade Robson, during the 1990s. “Now in their 30s, they tell the story of how they were sexually abused by Jackson, and how they came to terms with it years later,” reads the film’s official synopsis.

According to Adam Vary of BuzzFeed, the film includes details of a mock wedding ceremony between Safechuck, then nine years old, and the pop singer. Safechuck says he received a wedding certificate and a ring as a symbol of “their undying love.”

Both Safechuck and Robson say they were abused on numerous occasions at Jackson’s Neverland Ranch, and that Jackson “had alarms go off so the boys knew to put clothes on when people would approach at Neverland,” TMZ notes. Both men contend that the abuse got worse as they got older.

Leaving Neverland features interviews with Safechuck and Robson, as well as with both of their mothers. Their testimony is supported with “love notes” and audio messages that Jackson sent to the boys.

Jackson was charged with seven counts of child molestation in 2003, but was acquitted following a lengthy jury trial. He did, however, reportedly pay upwards of $20 million in civil settlements to his accusers.

Following Jackson’s death in 2009, both Robson and Safechuck brought civil suits against the Jackson Estate. In 2017, a judge threw out the lawsuits, arguing that the Jackson Estate couldn’t be held liable for the singer’s own behavior.

Due to threats of protests from Jackson supporters, there was a heavy police presence outside the Egyptian Theater prior to Friday’s Sundance screening of Leaving Neverland. Additionally, the festival provided mental health counselors for audience members who were upset by the film’s content.

Feel sick to my stomach after watching Part 1 of #LeavingNeverland doc. Michael Jackson witnesses/sex abuse victims coming off very credible. It’s so sexually explicit that counselors are in the lobby. #SundanceFilmFestival2019

On a 10-min break halfway through Sundance’s 4-hour Michael Jackson child sex abuse documentary. Whatever you thought you knew or were aware of, the content of this is more disturbing than you could imagine. And again, we’re only halfway through.

Among the many, many disturbing revelations of #LeavingNeverland: MJ gave one of his young male victims jewelry in exchange for sexual acts, and even staged a mock wedding complete with vows and diamond ring. #Sundance2019

Many common parallels in victims’ stories: MJ grooming them to hate their parents and women in general, saying God brought them together, eventually “casting them out” for younger boys. “There was a lot of jealousy and hurt. You were no longer special.”

#Sundance has provided health care professionals in the theater for audience members potentially upset by #LeavingNeverland’s explicit descriptions of sexual abuse against underage boys. They are in the wings ready with counsel.

In a statement released prior to the film’s premiere, the Jackson Estate called Leaving Neverland “another lurid production in an outrageous and pathetic attempt to exploit and cash in on Michael Jackson. Wade Robson and James Safechuck have both testified under oath that Michael never did anything inappropriate toward them. Safechuck and Robson, the latter a self-proclaimed ‘master of deception,’ filed lawsuits against Michael’s Estate, asking for millions of dollars. Both lawsuits were dismissed.”

“This so-called ‘documentary’ is just another rehash of dated and discredited allegations,” the statement continues. “It’s baffling why any credible filmmaker would involve himself with this project.”

In a post-screening Q&A (via Deadline), Safechuck said “there was no money ever offered” for his or Robson’s participation in the film. “This was really just trying to tell the story,” he said, adding he wanted to shine a light” on sexual abuse of children.