Neil Hamburger previews new album with “The Luckiest Man In This Room”: Stream 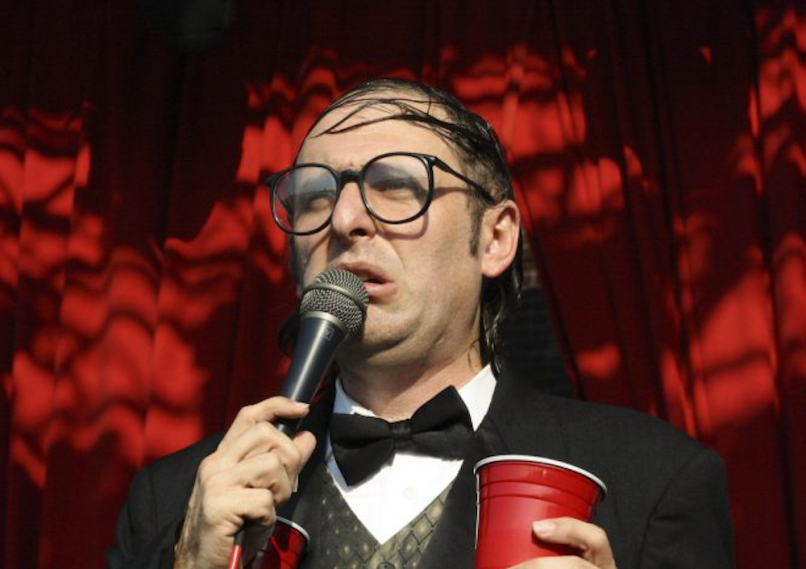 Standup comedian Gregg Turkington is back with a new album under his musical moniker Neil Hamburger. Set to arrive later this month through Drag City, Still Dwelling is comprised of 12 songs of “love and loss,” including covers of Paul McCartney (“Backwards Traveller”) and Jesus Christ Superstar (“Everything’s Alright”).

In anticipation of the LP,  Hamburger has unboxed an original number in “The Luckiest Man in This Room”. Drawing from the music of the early 20th century, and channeling his own version of Fred Astaire, “America’s Funnyman” offers up a cautionary tale about a once fortunate fellow whose good times are just about over. Well, mostly because of Hamburger himself.

(Read: The End of Expression: A Conversation with Rick Alverson and Gregg Turkington)

“Your luck has run out my friend,” he sings, before detailing how he may or may not have purposely coughed up in his pal’s gin. The song’s black-and-white video directed by Steve Moramarco is also pretty humorous and brings Hamburger’s Astaire-level polish to real life… sort of.

Still Dwelling, the follow-up to 2014’s First of Dismay, officially arrives January 25th. Hamburger has a handful of dates lined up in support of the LP, which can be found down below.