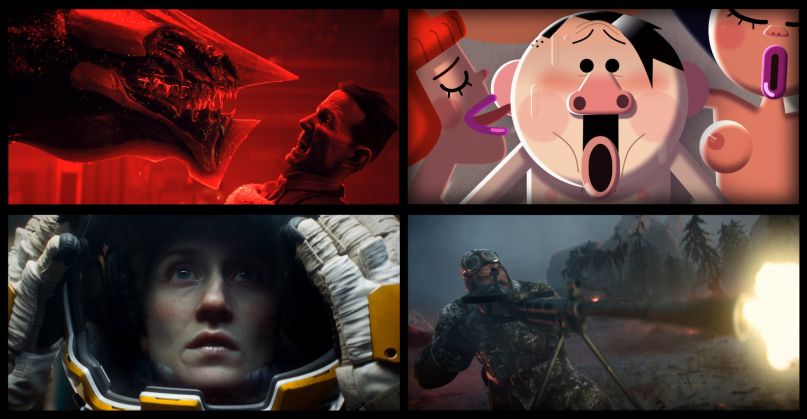 Netflix today revealed details on its upcoming animated anthology series, Love, Death, and Robots. Created by David Fincher and Deadpool director Tim Miller, with Jennifer Miller and Josh Donen also on board as executive producers, the show consists of 18 short stories each ranging from five to 15 minutes in length. Each episode touches on a distinct topic – including “werewolf soldiers,” “alien spiders,” and “sentient dairy” – as well as feature its own film crews and art styles, ranging from 2D to photorealistic CGI.

The series is aimed at adults and focuses on mature themes. Netflix promises that while some episodes will be more comedic and others tragic, all are “incredibly demented and unlike most animation out there.”

In response to today’s announcement, Miller told The Hollywood Reporter, “I’m so fucking excited that the creative landscape has finally changed enough for adult-themed animation to become part of a larger cultural conversation.”

Take a look at some of the artwork from the series below.

Fincher’s previous project for Netflix was Mindhunter, which explored the methods employed by the FBI to get into the minds of serial killers. Miller is also currently at work on an upcoming Terminator reboot/sequel.