"He really struggled until the end; it never got better for him" 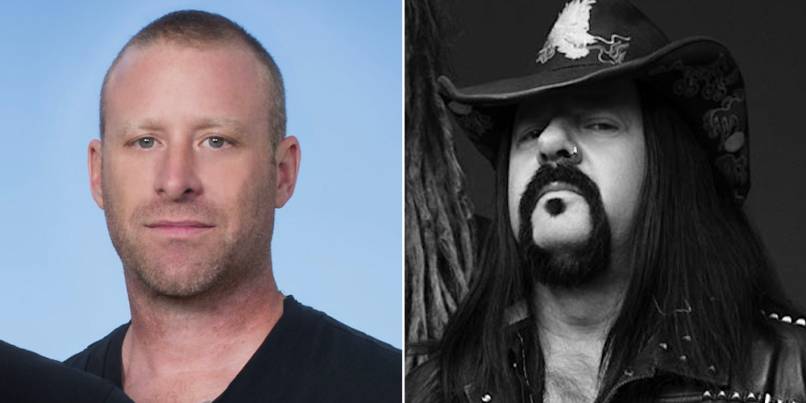 There’s no question that witnessing the onstage murder of his brother and fellow Pantera legend Dimebag Darrell weighed heavily on Vinnie Paul up until his own death last year, but Nickelback bassist Mike Kroeger goes so far as to say in a recent interview that the drummer “didn’t really wanna be alive anymore” in the years following Dimebag’s death.

Speaking with Silver Tiger Media (as transcribed by Blabbermouth), Kroeger began, “The story of Dime and Vinnie, it’s a pretty tragic story. The truth is that I think Vinnie gave up a lot when he had to witness his brother being murdered. I think he lost a lot of his life. And I really felt like he was so sad that he didn’t really wanna be alive anymore. He really struggled until the end; it never got better for him. It was a really horrible experience, obviously, seeing your only brother get murdered onstage while performing.”

Kroeger added, “But then, following that, he had his band, he played in Hellyeah, and he did some things, but I don’t think anything could distract him from how sad he was. He struggled terribly with it after Dime was killed; he really had a hard time. So it was kind of tragic from the beginning.”

Dimebag was slain by a crazed fan on December 8th, 2004, while he performed at a gig in Columbus, Ohio, alongside his brother in Damageplan, a band they formed in the wake of Pantera’s demise. Vinnie Paul would go on to form Hellyeah, a band he was very much active in until his sudden death in June 2018 as the result of heart disease.

Nickelback had a close a relationship with the Pantera brothers, with frontman Chad Kroeger penning the song “Side of a Bullet” in honor of Dimebag following the guitarist’s death. In fact, Vinnie Paul allowed Nickelback to use a previously unheard Dimebag guitar riff for the track.

That all said, it is a bold statement for Mike Kroeger to claim that Vinnie Paul didn’t want to live following the death of his brother. As mentioned, he went on to form a band, Hellyeah, and continued to be a huge part of the metal community for 13 and a half years after Dimebag’s slaying. He actually had been working on a new album with Hellyeah when he died on June 22nd, 2018. In fact, Hellyeah plan to release that album, complete with Vinnie’s drum tracks, this year.