R. Kelly wanted to fight Dave Chappelle after iconic “Piss On You” skit 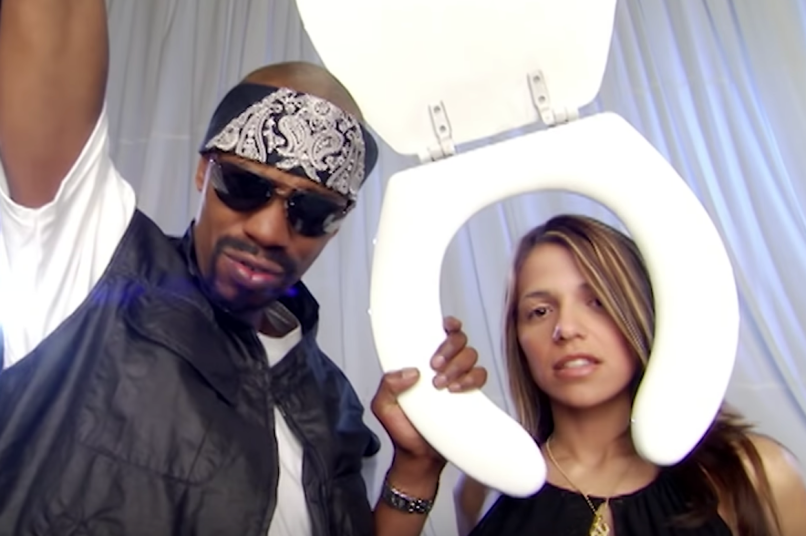 With R. Kelly the talk of the town, it’s only natural that the “Piss on You” video from Chappelle’s Show would make a comeback. Dating all the way back to 2003, the sketch finds Dave Chappelle lampooning the R&B singer, who had been awash in controversy after video surfaced the year prior of him having sex with and peeing on an underage girl. He was eventually found not guilty on all 14 charges of child pornography.

Even so, R. Kelly wasn’t a fan of the skit, and reportedly wanted to come after the comic. At least, that’s the story according to Chappelle’s Show co-creator Neal Brennan, who told The Breakfast Club podcast earlier this week: “R. Kelly wanted to fight Dave. His goons stepped to Dave in Chicago and Dave’s goons intervened. The goons negotiated.”

Chappelle himself seemingly confirmed the story during a standup set in West Hollywood on Wednesday night (via TMZ). He said Kelly and his goons confronted him after attending a Common concert in Chicago. “How you gonna do a video of me peeing on bitches like that?” Chappelle recalled Kelly asking, to which Chappelle responded, “How are you gonna make a video like that?”

As Complex points out, Kelly told GQ back in 2016 that he’d never seen the sketch, even going so far as to act like he’d never heard of Chappelle, despite wearing a Chappelle’s Show shirt to the VMAs in 2005. It’s a pretty shoddy about face by the singer, and, in hindsight, one that certainly adds more weight to the story.

Elsewhere in his conversation, Brennan commented on recent criticism against the series for poking fun at such a serious situation. “I don’t think people understand what comedy is supposed to do,” Brennan explained. “We will observe things, we will make fun of things. Did people want us to round up a posse and go arrest R. Kelly? Like, what were we supposed to do?”

As for Chappelle, prior to last night, he had been been fairly mum on the subject, despite calling Kelly the “King of R&B” back in December. He declined to appear on the Surviving R. Kelly docu-series, drawing ire from executive producer dream hampton, and shrugged off TMZ this past Tuesday night, when he was swarmed outside a West Hollywood restaurant and asked about the sketch.

Shot in the dark, but Kelly probably isn’t too concerned about the sketch these days. Between being hospitalized for panic attacks, that recent Aaliyah video, those trips to Trump tower, and the police crashing his birthday bash, he has enough to worry about.

Revisit the sketch below.