The brawl occurred on the streets of Auckland, New Zealand 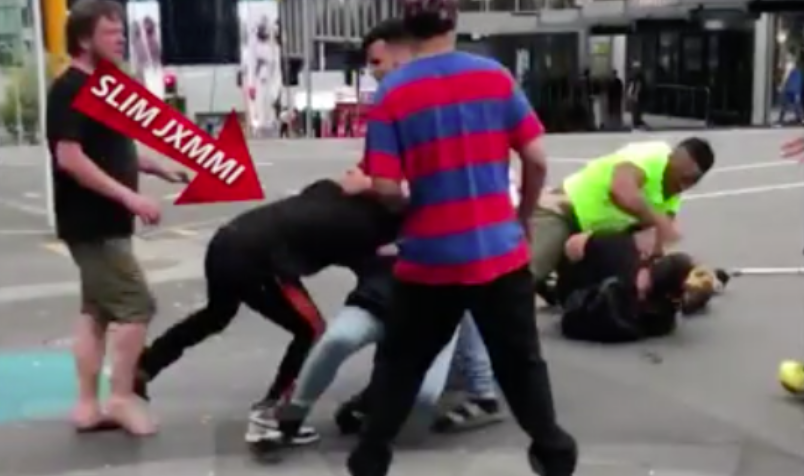 According to TMZ, one person was taken to the hospital due to stabbing injuries sustained in the fight.

Details are a bit sketchy, but apparently a brawl erupted after someone began recording Rae Sremmurd. In a separate video obtained by TMZ, Slim Jxmmi is seen wrestling with several people on the ground. Members of Rae Sremmurd’s entourage, including the group’s bodyguard, were reportedly also involved in the altercation.

Slim Jxmmi was later seen talking to police, but so far no arrests have been made, according to TMZ.

Rae Sremmurd are scheduled to appear at Australia’s FOMO Festival over the weekend.